This week has brought yet more bad news for young drivers, many of whom have already been priced off the road or forced to give up other expenses to pay the unprecedented cost of car insurance.

Drivers of all ages are facing a rise in the cost of their annual premiums after the Lord Chancellor, Liz Truss, announced more money for those who win claims for injury compensation.

However, those under the age of 22 will suffer the most, according to accountancy firm PwC, facing an average hike of £1000 due to a proposed recalculation of the so-called Ogden Rate, used to determine redress for accident victims.

The government could now be forced to reverse the decision following an uproar from the insurance industry and consumers. Just 24 hours after the announcement, Chancellor Philip Hammond said he would “urgently” consult on the proposals to ensure the system was “fair” for all. But the Treasury stopped short of axing any change to the Ogden Rate before it officially drops from 2.5 per cent to -0.75 per cent on March 20.

The promise to consult came after Mr Hammond met with 15 major car insurers, who expressed their dismay at the “crazy” decision through their official body, the Association of British Insurers. The ABI says premiums are already at record levels, partly thanks to a rise in Insurance Premium tax buried in the Chancellor’s last Autumn Statement in November.

It comes in the same month that the government unveiled its Prisons and Courts Bill, which includes plans to cap whiplash pay-outs and raise the small claims limit for road traffic accident claims in a bid to cut premiums.

The ABI’s James Dalton said that the Ogden Rate change, though much bigger than anticipated, was ultimately down to the actions of claims lawyers who were blocking reform of an industry “riddled with exaggerated and fraudulent claims”.

He pointed to statistics showing a reduction in road traffic accidents despite growing claims based on whiplash, adding; “People want an insurance claims system that provides compensation and support to those who genuinely need it.

“What they don’t want is to be plagued by spam calls and texts from ambulance chasers, whilst personal injury lawyers continue to profit from a broken system.”

The change is partly due to plummeting interest rates since 2001, when the Ogden Rate was last set, that have reduced the amount claimants can earn when investing their compensation in the lowest-risk assets – typically Index-Linked Gilts. Dropping the rate will cause premiums to soar because insurers will have to make greater provisions for claimants, passing higher costs onto consumers.

The row erupted soon after the insurer Admiral revealed that most young drivers would sacrifice spending money on new clothes and socialising with friends to be able to afford to run their car, such is its value in helping them find work and achieve greater independence.

According to comparethemarket’s latest Young Driver Report, young drivers today face average annual insurance costs of £1,257. Rising fuel costs have also pushed up the total annual cost of running a car to a record £2,397 for those aged between 17 and 24.

Simon McCulloch, director of comparethemarket, said these figures help to explain a steady decline in the number of young people obtaining drivers’ licenses in the past five years. “As part of his consultation process, Philip Hammond could consider exempting young drivers from insurance premium tax in next week’s Budget. The worry is that the Ogden changes mean young people will either be priced off the road or will drive without insurance.”

The British Insurance Brokers Association has also called for the government to scrap IPT for young drivers (and rethink the Ogden Rate) as part of an eight point plan to get more young people on the road. Its blueprint also suggests introducing a speed awareness course as part of the driving test, promoting technology like autonomous emergency braking and directing young people towards specialist brokers who can track down competitive deals.

BIBA presented its plan to MPs this week after a petition on the parliament website calling for a £1,200 cap on the cost of car insurance for young drivers attracted 182,564 signatures. Since the petition secured at least 100,000 supporters, it is due to be debated in parliament on 20th March – ironically, the same day that the new Ogden Rate will push up insurance costs.

BIBA does not agree with the cap, saying it will raise premiums for other drivers and create the risk that young drivers will lose the financial incentive to drive safely. It does, however, strongly support telematics insurance, which has become a mainstay of the insurance market since it was first introduced by the Co-operative Bank six years ago.

These so-called “black box” policies see insurers installing devices in your car to monitor your speed, cornering, braking, acceleration and time of day when you drive. Safe drivers then benefit from discounts or rebates on premiums. Other insurers in this fast-growing market include Direct Line, Admiral and Aviva, which says the average saving could be £150 a year.

Aviva also has a smartphone app as an alternative to the more intrusive black box and similar dongle technology is used by Smartdriver club, which offers members a Smartplug. This can be plugged in by the driver, rather than having to be installed by a technician.

But this burgeoning industry has sometimes been accused of excessive intrusion. The firm behind telematics, Wunelli, has previously admitted that the technology could be used to assess if a driver is caught texting – an offence that will, as of this week, see your license automatically revoked if you are caught and have passed your driving test within the past two years.

Admiral also came under fire last year after suggesting that it would comb its customers’ Facebook profiles to assess their insurance risk. The insurer insisted it would only use its findings, based on “likes” and online language, to reduce rather than raise premiums. 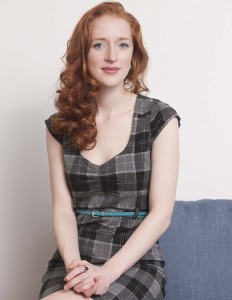 “When the Cooperative launched the first ‘telematics’ policy six years ago I trialled their black box in my little old Vauxhall Agila, and gave it a five-star review. Young drivers are incentivised to drive well, instilling a habit in them that should last long after those driving lessons fade  from the mind. Parents who choose to use the black box both to cut premiums and sleep well at night should find both their bank balance and personal well-being enhanced. Insurers participating in these schemes are finally winning the favour of cheesed-off youngsters and rightly gaining new customers if such schemes are proven to work. Last but not least, society, in time, would no longer assume young drivers are a threat to our safety. There’ll be far fewer senseless tragedies on the road, particularly among teenagers. I can’t see how telematics and other technology aimed at rewarding good behaviour with discounts is anything other than win-win.”