WTF is a pensions dashboard – and why do we need one?

A digital pensions ‘dashboard’ will launch this year to help the 10 million folks who have been enrolled into workplace pensions since 2012.

But Grand Theft Auto it ain’t! The pensions dashboard aims to be more like Monzo or Starling for your long-term cash, a digital hub for all the different pension pots we’re now likely to build up over our working lives. So you can become your own Detective Baptise, tracking down missing pots and looking cool AF in the process.

But how will it work – and will it really help young people to keep on top of increasingly complex pensions? In this Q ‘n’ A, I look at the pros and cons, and what to expect when the dashboard drives into our lives later this year…

Who came up with the dashboard, and why?

The dashboard was put forward by former chancellor George Osborne in 2016. The reason? As of 2012, workers earning above a certain amount are put into workplace pension funds by default. This process, known as “automatic enrolment”, means many of us could be contributing into pensions without realising it. Our pension payments into the pot are deducted “at source”, i.e. lobbed off your salary straight away when you’re paid (alongside tax and student loan repayments). Remember your boss is also adding to the pot with their own contributions (at varying levels, mind!) and you’re going to get tax relief which enhances the value of your pot when you’re ready to retire and “draw down” from it (i.e. take money out of it). Here’s a picture to explain this process. 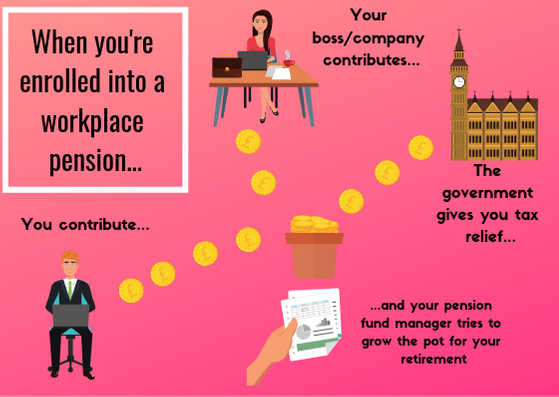 Automatic enrolment (or auto enrolment, as its often described in the pensions industry) also means you are likely to acquire lots of pension pots as you move from job to job. That’s because there are hundreds of different workplace pension funds out there. So when we leave a company, we’ll be leaving the workplace pension too. Neither you nor your boss will make any further contributions into that pot, and it will become dormant. However, your pension fund manager will keep the pot invested in lots of different “assets” (stocks and shares, bonds, cash etc) to try and grow the pot over time, though they’ll also take a charge for this service. All in all, it’s going to be hard to predict how much any individual pension pot will eventually be worth – it depends on how much you’ve got in there and how well it’s invested (and remember that charges will really eat into the small pots that aren’t doing so well, even though they are capped…)

Official data suggests workers today will have an average of 11 jobs over their lifetimes. Already pension pots worth an estimated £20bn lie dormant and abandoned, as I have previously reported on the blog. That is a lot of cash that people could forget about.

How can I keep an eye on my pension pots? 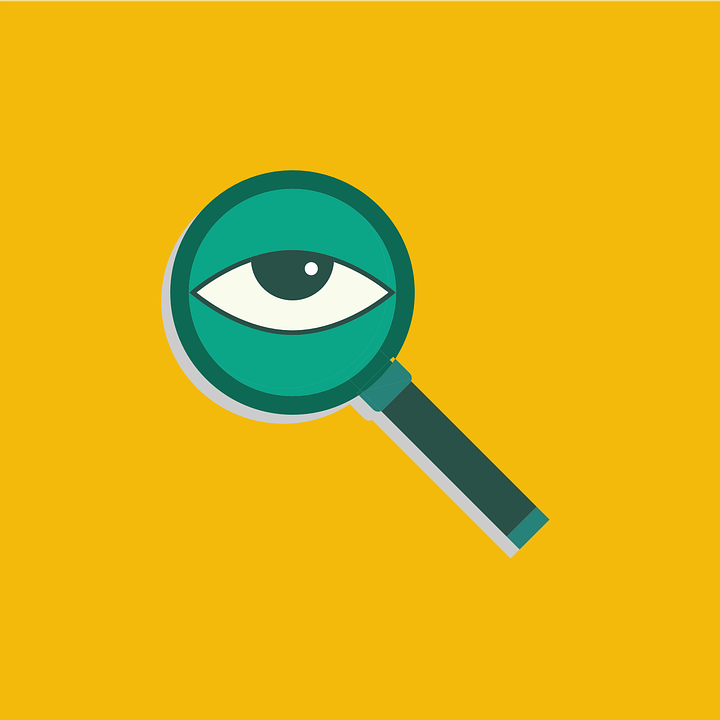 At the moment, with difficulty. While you can hunt down forgotten pots through the Pension Tracing Service, currently you can only see your pensions in one place by consolidating them. Apps like PensionBee convert all your old pension schemes into one plan – but consolidation comes with fees, investment risks and the potential loss of benefits. The reason for the dashboard is to provide a free way for people to look at the pensions they have without having to contact the Pension Tracing Service or consolidate their pensions with the trade-offs that might entail.

So how would the dashboard work?

The idea is that you should be able to log onto a free personal pensions hub to see all your different pots, what they’re worth and what you’ll retire on – so long as you give permission for your pension data to be shared. There is no preview of the dashboard that I can show you as it’s still a work-in-progress. But if have online banking or savings accounts, or have ever taken out insurance linked to telematics technology (i.e. a black box installed in your car, or a health insurance policy linked to a Fitbit) then the pensions dashboard will probably look pretty similar to that.

Who will run it?

Some campaigners – including me – believe that only a government-run dashboard, which includes the state pension and requires all private pension companies to surrender their data, will work fairly for consumers.

But initial plans for the dashboard, published by the government recently, suggest it will be “led” by the pensions industry and overseen by a new financial advice service (known by the dreadful moniker of “Single Financial Guidance Body”).

Will it be the complete picture? 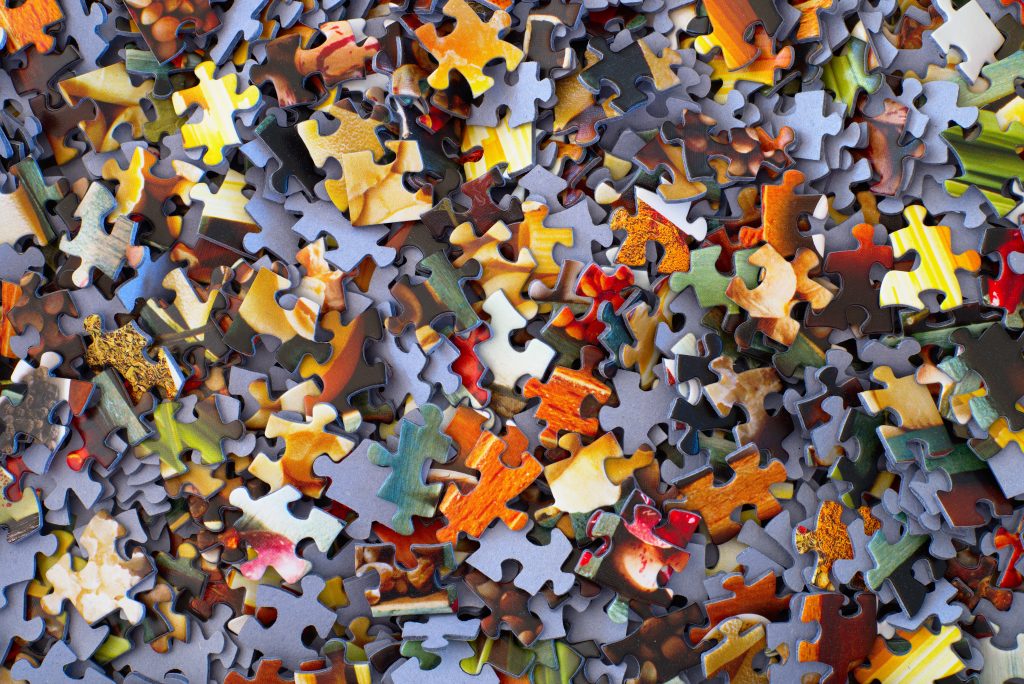 Unfortunately, no. The initial dashboard won’t include the state pension and in theory, pension companies can refuse to take part, though the government has promised to make this unlawful “when parliamentary time allows”. So in the beginning, it’s entirely possible that some of your pensions won’t be available to see on the dashboard, and you’ll also have to us the government’s “Check Your State Pension” website.

The Work and Pensions Select Committee recently said: “Without compulsion, there will be no level playing field and not all firms will choose to provide data.”

Tom Selby, senior analyst at AJ Bell, says the first version of the dashboard could be “limited in the extreme”.

In the age of instant online banking, people rightly have high expectations of financial companies. In this world a half-baked dashboard risks being discredited from the start. The government needs to be clear with people about what the dashboard they see at launch shows them and what it will be missing. The biggest danger is that people will make poor decisions based on incomplete information – this situation must be avoided or the long-term damage to individuals and trust in pensions generally could be huge.

Yikes. Still, it’s got to be better than nothing?

Up to a point. The problem comes with collecting all the information necessary to make the dashboard a success. If pension companies and/or workplaces don’t have the correct data to hand, then there’s a huge risk that the dashboard will present a very misleading snapshot of our pension health.

It’s clear the dashboard will present huge logistical problems for the pensions industry.

Old pension records are not in a format that would allow electronic handling. To force legacy schemes to do this would result in huge costs – usually passed on to customers – and long delays. By focusing first on auto-enrolment, the pensions industry could provide a proper dashboard for younger workers, who will be able to see all multiple pots in one place. For those with much older pensions, the legacy records could be added over time.

I’m biased in favouring this approach too, but it makes sense to prioritise younger workers who are likely to have simpler pensions data.

But that doesn’t mean it won’t be “riddled with errors”, Baroness  Altmann says, with one scheme reporting that half of the employers who use its pension were paying the wrong contributions because they misunderstood how tax relief worked. So a major clean-up exercise is essential. 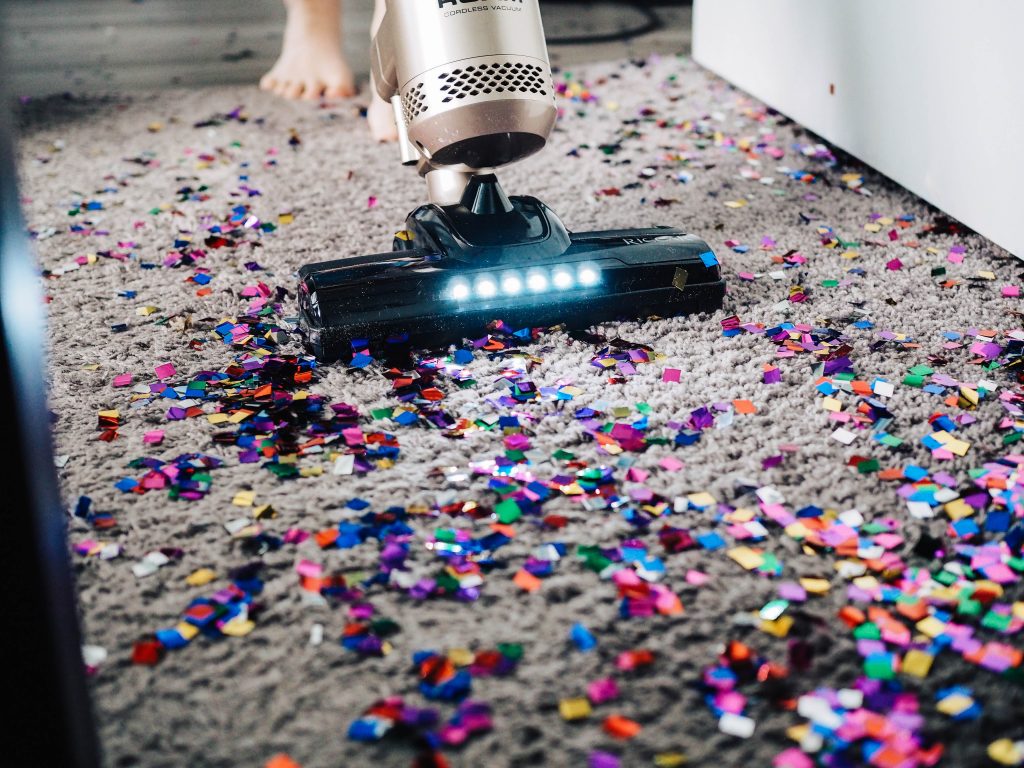 Will there only be one dashboard? Or can I pick a ‘dashboard’ service from different providers?

In the beginning, there is likely to be just one dashboard pushed out by the pensions industry, but in time, companies will also be allowed to launch their own versions – and that has triggered alarm bells over potential conflicts of interest within the sector. These rivals are expected to be free at the point of access, but Pensions Minister Guy Opperman has admitted that costs could ultimately be passed onto savers in the form of higher pension charges – not good.

But he has also insisted that the government is prepared to legislate to compel schemes to provide their data for the main dashboard, which would provide also state pension information in due course. So there is a glimmer of hope that the dashboard will (eventually) have not only all your private pension info, but the lowdown on your likely state pension too.

When can I expect the gold-standard pension dashboard?

Mr Opperman also says that a gradual roll-out is necessary to “protect” consumers and build up the required data, and a full dashboard should not be expected until 2022. The more cynical say that a complete and accurate pensions dashboard will never be achieved, due to the huge challenges in correcting and amassing the data, and encouraging (or forcing) every pension company to take part. For now, you’ll have to play detective with your own pensions. Here are three ways to channel Baptiste and track down missing money.