Wirecard and the damage done to British fintech

Thousands of people who rely on pre-paid cards got the news they had been desperately waiting for this week. Their cards were unblocked by the UK financial regulator after days without cash, with some people forced to turn to food banks and debt after their fragile finances were frozen.

It was the moment that Germany’s biggest ever corporate scandal finally hit home. Wirecard, a German financial technology company, filed for insolvency last month after auditors raised the alarm over a missing £1.7bn from its accounts. It triggered a chain of events that would leave the reputation of pre-paid cards in the UK in tatters…

But Wirecard had long been making headlines in the financial press – mostly for the wrong reasons. Most notably, the Financial Times had been questioning the company’s dodgy finances for years, facing down considerable legal threats from the company and even criminal complaints from Germany’s financial regulator in the process.

But the House of Wirecard only came tumbling down last month when it was forced to admit that a multi-year accounting fraud meant that nearly £2bn in cash balances had never actually existed. 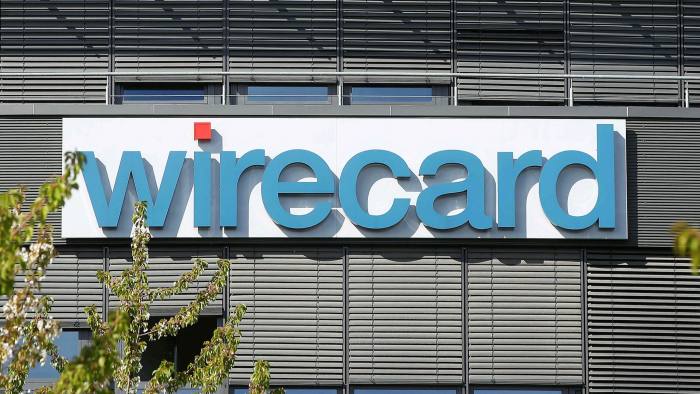 Yet scores of prepaid card firms in the UK had continued to use the company. Thousands of UK customers were completely unaware that their prepaid and currency cards were mired in such a murky business. Many card firms had outsourced their processes to Wirecard, often because developing their own tech and getting it approved by regulators takes time.

But Curve, which allows customers to fold all their credit cards into one, was one of the few affected businesses that was able to circumvent the FCA’s restrictions on Monday. It had already started to move away from Wirecard towards its own in-house system so it could unfreeze its card sooner. Why hadn’t others followed suit?

The FCA wanted to prevent the British offshoot of Wirecard from transferring any funds out of the UK and make sure that money was properly ring-fenced in third party bank accounts, as per the regulations surrounding pre-paid cards.

This was commendably swift action on the part of the FCA. But it’s regrettable that it resulted in such anxiety and hardship, however brief, especially for those who rely on prepaid cards to receive their benefits. As Martin Lewis said:

“Hundreds of thousands of accounts were frozen, including those of many vulnerable people who use these payment accounts as their primary form of ‘banking’ and it’s where their social security payments are made. The lack of access to their funds has left many in a state of extreme anxiety.”

Pockit has 500,000 customers, and many use its prepaid card like a basic bank account for everyday spending and paying bills, as they may not be eligible for a standard bank account.

Wirecard is required to ring-fence any customer deposits in its own separate bank account. But individual card accounts do not have the usual protection of the Financial Services Compensation Scheme, which guarantees that money in current or savings accounts is safe up to a limit of £85,000 with any provider.

The FCA has said that “customers who are in financial distress as a result of the payment freeze may be eligible for a hardship payment from their local authority”.

But the damage has been done, not least when it comes to the reputation of UK fintech. Sure, many people will have no choice but to continue using prepaid cards. But challenger brands cannot afford to be seen as unreliable or careless. They have to be whiter than white to overcome the great British public’s apathy when it comes to their finances. Episodes like this create the impression they are just as untrustworthy as the big banks – but without mainstream safety nets like the FSCS.

Some may argue that these firms could not have known what was going at Wirecard, particularly if even the firm’s own auditor (EY) was signing off accounts for years without asking questions. But this isn’t good enough. Wirecard’s irregularities were an open secret, widely discussed in the mainstream financial press, and should have been of greater concern to those firms using its services.

Hopefully, this scandal will show that you cannot rely on single cards as your only source of payment and banking. Some have pointed out that Initiation Services offered through open banking technology allow people to bypass their cards and make payments directly from accounts in an emergency. But not enough people are aware of their options and have organised their finances to take advantage of these tools.

Often, we rely on cards to be a “one-stop shop” for our daily finances. Indeed, many prepaid cards market themselves that way – except very few had a contingency plan for the worst case scenario. Last week’s freeze may not have been likely, but it was possible. And with Wirecard’s reputation under scrutiny for so long, it behoved those firms not to put their eggs in one basket.

The majority should hang their heads in shame this week.