What I found on a festive floral hunt 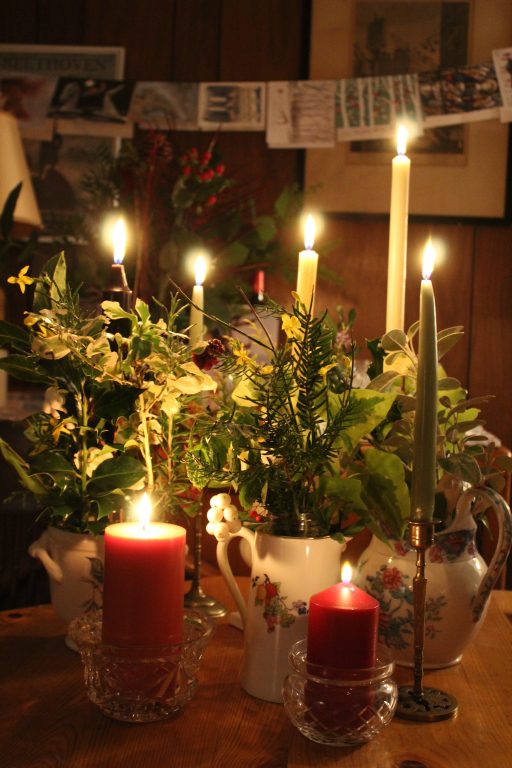 Yesterday, I spent a freezing cold afternoon in my parents’ garden. Why? Well, I must say I found myself asking that very question as I trampled about in thick mud, batting away twiggy branches and going “OUCH! F***!” as I caught my fingers on spiky holly leaves and thorny bushes.

Ostensibly I was tasked with finding flowers for a display on the family Christmas table – though secretly, I suspect my parents were staging an intervention. “Get her outside away from that bloody phone, for god’s sake!”

As I surveyed the bleak mid-wintery vibe of this domestic Edinburgh garden, I did not initially rate my chances of finding anything fit to be put in a vase indoors, unless brown twigs and dead leaves might pass muster. Still, I thought, at least I’m having a break from doom-scrolling social media and fretting about my finances…

Like, er, every young person I know this year, I haven’t exactly thrived in 2020. Sure, I count myself relatively lucky to be a) alive and b) solvent. But it was still unnerving to see large chunks of my income, carefully built up over many years, melt away within a matter of weeks. And it was so depressing, quite often heartbreaking to have to analyse young people’s finances and job prospects, day-in, day-out.

I had to massively readjust my professional focus so I could keep on working whilst also plan for an inevitably different future. That’s one reason why Young Money Blog has been a bit quieter lately, but I’m guessing you’ll all forgive me for that. As a self-employed sole trader, I’ve had to accept my professional and personal limits in a year that I think has pushed us all to the brink.

I moved back home before this all kicked off, partly to support my family and partly to support my finances. That makes me luckier than most, but it didn’t stop me feeling lonely and isolated at times, with all the events and personal contact a freelancer needs to feel ‘seen’ in the world completely withdrawn.

I miss my old life. I miss London in all its relentless, frenetic, infuriating glory. As a young, single, financially independent woman, it was a city that had always allowed me to keep pushing forward, so long as I worked hard and managed things well. Put simply, it feels very weird and sad when suddenly, that’s no longer the case.

So that’s how I ultimately came to be ferreting about in my parents’ garden yesterday, looking for what my Mum called ‘variegated foliage’. And you know, the more I looked, the more I found. Holly and Ivy – of course! – but also red and purple berries, ceanothus (or Californian lilac), yellow jasmine, apple mint, rosemary…

Very quickly, I had a whole bunch of different flowers, leaves, branches and foliage to bring indoors. Which is a good job, because I think frostbite might have set in at around the one hour mark.

Don’t worry, I’m not auditioning for a new career on Gardeners World. I only have to look at a plant to kill it, it’s like a superpower. But what really amazed and thrilled me was that even in December, even with my plant-murdering capabilities, there was so much LIFE to be discovered. And so much to put in vases, to adorn our table, and remind us that there is still so much to cherish and love, out there in the wintery darkness.

Yes, I know this sounds hippy-ish and a bit out there for a Young Money Christmas message. But who cares? I didn’t want to write the “wasn’t this year shit for young people?” blog because we all know it’s been a shit year for EVERYONE, unless you’re Rita Ora or you’ve had a lucrative contract to make PPE.  And we don’t need to feel any more shit about it, thanks very much.

What we need is hope. We need to think – no, believe – that amid the metaphorical spiky thorns and rubbishy twigs that was 2020, there really are ‘green shoots’ of recovery, and not just the clichéd kind you read about in the business media. Green shoots of recovery in our relationships, careers and minds.

If you have your health, people who care about you, a brain that can work its way out of even the trickiest problems and hope, you’re going to be okay. I have decided that in 2021, Young Money can’t be a non-stop whinge fest – not that it ever was, hopefully! But now more than ever, it needs to be a place where young people can come for another much-needed shot of hope – that is, practical ideas about what they CAN do, rather than complaints about what they can’t.

That doesn’t mean I’m happy and accepting of the situation, or that I don’t think it’s unfair, unjust and badly managed in so many ways. But the motto of the blog is “don’t get mad, get informed” for a reason. Because it really is the only way to go.

One reason why Young Money has been so quiet has been because I’ve been preparing an epic labour of love that should help young people snatch victory from the jaws of defeat. I have written my new book Own It! precisely to help young people ‘own’ their financial futures through long-term saving and investing. It’s a book for a generation that’s sick of being left behind and wants to do something about it.

With that in mind, the upcoming publication of Own It will see the blog move in a direct direction. If you are a millennial, or really anyone committed to understanding long-term saving and investing, this site (alongside our social media, Young Money World Youtube channel and a possible podcast, TBC) will be the trustworthy, knowledgeable and impartial friend you need.

So that’s how I’m going to cope with these shit times, and hopefully coming on this journey with me will help you cope with it a bit better too.

As for my winter floral hunt, the result is the photo at the top of this blog, what I hope you’ll agree, is something really quite beautiful, made for absolutely nothing, from very little. But I’m proud of it. Just like I’m proud of how I made it through this year, perhaps limping a little as I reach the finishing line and in need of a seriously large gin and tonic, but nonetheless, I made it. And you made it too.

So however you choose or need to spend tomorrow, I hope you find joy, peace and hope. Because that’s what you deserve. Merry Christmas, and here’s to a better 2021! 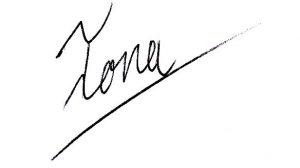