The Pensions Dashboard – what is it and will it fly? Q & A

We know pensions are dry, boring and confusing AF. We’re hoping to do our bit to explain how they work, but also put pressure on the financial industry to buck up its ideas and provide WAY better options for a cash-strapped and seriously underserved young workforce. That’s why I am pleased to be sitting on the Association of British Insurers Consumer Panel for their new Pensions Dashboard. I am definitely in favour of the dashboard in principle and want to put my two cents into the discussion about how we can REALLY make it work for you and me.

One of THE most annoying aspects of pensions is how you cannot keep track of what you are (and aren’t) saving for le futur at any given time. Here’s the YMB Q and A on the Pensions Dashboard and how it might change how we “do” saving…

What’s the problem with pensions ATM?

Apart from low contribution rates, questionable investment strategies in some and not enough info for workers about what they are? Well, we’ve covered some of those issues before, and will cover more #pensionproblems (and how to solve them) in the coming weeks.

But today we’re focusing on how we view our pensions. Literally. Like, how do you keep track of them?

For starters, gone are the days when you could be guaranteed a job for life – or a single generous pension.

Today, most workers can expect to have multiple jobs before they retire. But that could also mean dozens of small pension pots, languishing in different schemes and doomed to be forgotten.

Cue the Pensions Dashboard, a new idea from the government and financial industry.

What the heck is it?

The plan is to allow workers to view all their workplace and private pensions, as well as their current state pension entitlement, all in one (digital) place for the first time.

And you will no longer have to know the details of each pension and track them down individually; you just enter some basic details into the dashboard and it will scour the records of the government AND registered companies. Neat idea, no?

Sounds interesting. Where can I find it?

The tool is still in the planning stages and won’t be ready to launch until 2019. But campaigners have already warned that it won’t work unless it has the full co-operation of the pensions sector and the government. Those worries were put to the Association of British Insurers at a special consumer forum held in London earlier this summer.

Okay, so what are the issues?

The ABI, which is designing the dashboard with the backing of the Treasury, has admitted that it would be a “challenge” to persuade all pension schemes to get on board. Because let’s face it, if you can’t *actually* view all possible pensions you might have on the dashboard, it will instantly lose some of its cachet and usefulness.

Dr Alistair Horn, delivery director of the Pensions Dashboard project, said: “We are working with the government to make sure that all necessary incentives – and pressures – are brought to bear on schemes so that they all sign up to the dashboard.” And it looks increasingly like the government WILL have to step in and force pension companies to sign up if they won’t do it willingly.

There are currently no plans to force companies to hand over data, but the ABI believes this might have to change. There are fears that the tool will flop if it only shows users a small number of the pensions pots they really have, with Dr Horn admitting that people “won’t come back” to the service if it isn’t comprehensive enough.

Darren Philp, head of policy at workplace pension firm the People’s Pension and chair of the event, said other countries where a similar dashboard is already in place, such as the Netherlands, went a “surprisingly long way” with voluntary participation from pension companies. “But eventually, that strategy hits the buffers.”

The failure of the dashboard would be an unwelcome echo of the Money Advice Service, another government initiative which was scrapped in last year’s Budget after failing to close Britain’s advice gap, despite receiving more than £100m through a levy imposed on the financial sector. Of the 27 million people who visited the MAS website last year, just 28 per cent stayed for more than 15 seconds. Savage.

A new single financial guidance body will now launch in 2018, merging MAS with the equally beleaguered Pensions Advisory Service and Pension Wise. These services have only been used by 10 and 7 per cent of people approaching retirement respectively, according to recent data published by the Financial Conduct Authority.

Will the dashboard help me plan my finances better?

Attendees at the ABI forum definitely agreed that people will need all the help they can get if the UK is to avert a retirement savings disaster.

It has been estimated that a million people will opt out of workplace pension schemes in 2019, as the amount that someone on full-time average earnings will have to contribute will go up from a minimum of £18 to £92 a month.

The prediction was made by financial firm Hargreaves Lansdown, based on the government’s own projections, accompanied by warnings that a worker opting out between the ages of 22 and 25 could reduce their eventual pension pot by £20,000.

It corroborates a recent report from pension firm Scottish Widows, which found that half of under 30s will quit their workplace schemes when contribution rates start to rise next year, with more than half saying they have too many competing financial commitments to keep saving.

“Confusion with pension planning is worryingly on the rise. Investing in property is seen as the best way of making most of your money, despite it being one of the least tax efficient ways to invest. More people are now citing a lack of understanding as the reason they are not in their workplace pension, even though auto-enrolment means most will not make any decisions whatsoever to join.”

But who can blame me if I’m thinking of opting out? 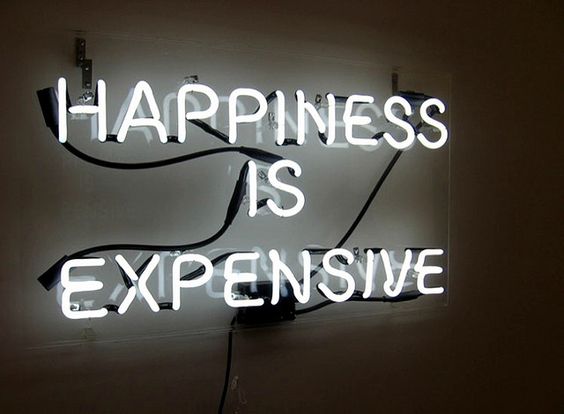 I hear you. Some experts wonder if auto-enrolment has been part of the problem rather than the solution. Andy James, head of retirement planning at advice firm Tilney, said: “Employers only have to pay 1 per cent for every 1 per cent an employee contributes. While it is great that this scheme has ‘forced’ employers to contribute to pensions who did not do so in the past, it also enabled some previously generous employers to reduce their contributions in line with basic auto-enrolment requirements for new joiners.

“This, and the overall averaging effect of the new lower contributions, has resulted in the average percentage being saved going down.”

Mr James said this created “ominous implications” for the average 30 year old, who needs to be saving between 12 – 15 per cent of their earnings if they want to have a comfortable retirement. He added:

“For many, the combination of graduate debt, rising inflation, rental costs and the difficulty of getting a foot on the housing ladder, means this is not a realistic figure. The proposed increases in auto-enrolment contributions will be helpful but will not get anywhere near the required levels of contribution. However, saving just a few extra per cent could make a huge difference.”