As a globe-trotting millennial and freelance writer, I live a “pay-as-you-live” lifestyle.

I enjoy the freedom of splitting my time between London and the Mediterranean taking full advantage of our newfound “sharing economy.”

But one world economic event has affected my travels in a way that I didn’t quite anticipate: Brexit, Britain’s decision to leave the European Union.

Even though I had written about Brexit, I wasn’t prepared for how it would affect me personally every time I traveled — Yet it has!

In fact, the world’s jet-setters are all having to adjust to both the startling new lows of the pound and the new issues that will arise as Britain begins to unwind its European Union marriage.

For example, my frequent trips from London to the Spanish island of Ibiza, located about 100 miles east of Valencia in the Mediterranean, have become less appealing due to the pound being almost on par with the euro.

The pound used to be valued much higher than the euro and dollar, but it fell to a 31-year low against the dollar in October last year and since then has been in a volatile state.

Here are some of my tips for savvy travelers on how to deal with the currency upheaval:

My iPhone boasts a selection of travel apps such as AirBnB, Tripit and various budget airlines and currency apps. In today’s tech-savvy age, with a few clicks a spontaneous trip plus cheap accommodation can be booked within minutes.

But the foreign-exchange market is as unpredictable as it can get. So, how do I find a competitive exchange rate and minimize extra expenses by stretching my money further? When I see the pound recover, I exchange my money whenever I see sterling recover back to a decent level in order to lock in a good rate in case it falls further.

When the U.K. held the Brexit referendum on June 23, 2016, I watched in horror as sterling plummeted, down 10% against the dollar, the lowest since 1985. I decided to withdraw a couple of hundred euros as soon as I saw the currency recover. Why worry about having cash at all? Well, cash is still essential for small transactions around Europe. For example, not all countries are tech-savvy and have Uber. When you land at an airport, cash is required to pay for a taxi to your destination or to buy a coffee. 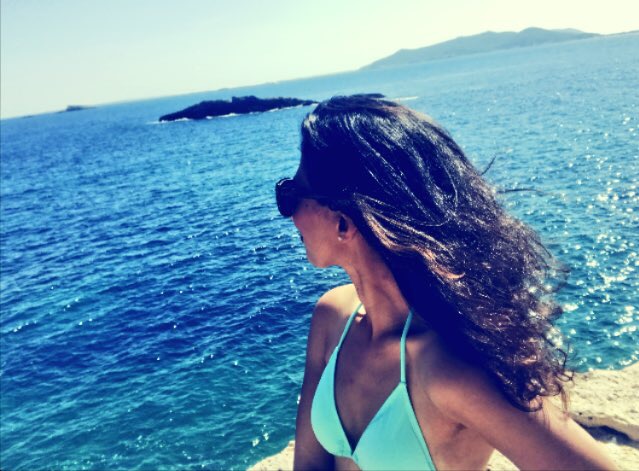 …But Avoid the Airport Exchange

Jet-setters will typically get a bad deal when buying travel cash at the airport. Whenever you can, avoid the exchange bureaus you see in airports, as well as train stations and touristy areas. They usually have the worst rates, though occasionally you’ll get lucky.

This isn’t always a choice. I recently flew to Colombia via the U.S. and struggled to get hold of Colombian peso at a U.K. travel bureau or even London Heathrow airport. It is a currency I would have to order several days in advance. I bought my Colombian peso during my stopover in the U.S., at Atlanta airport rather than the airport in Cartagena, Colombia. I had been warned in advance I would receive a less favorable exchange rate for my money.

Like index-fund investors who know that fees can make all the difference in performance, it is more important than ever to keep fees in mind with currency exchange. I believe we aren’t far from a cashless society. I dislike carrying large quantities of cash and prefer to use my credit card.

But when I do need to exchange currency, I am well aware of commissions, surcharges, ATM fees and other expenses. I was in Prague, the capital of the Czech Republic, in November and was shocked to find currency exchange charges were as high as 28%.

I tried this method of traveling from London to Ibiza and had an unfortunate experience with a currency-card handling agency. I opened an account because I wouldn’t be charged a card-handling fee. I loaded the card. Caught my flight. Landed and at the airport attempted to withdraw euros at the other end, only to be denied.

My transaction was stuck in midair. To inquire what happened to my transaction I would have to call a helpline from Spain. I then used my Direct Debt card to withdraw cash and accumulated charges. From personal experience I wouldn’t recommend relying on a prepaid currency card.

For travelers who want to get away from reality, that’s fine, but these days it can cost you money. It is important to stay abreast of any Political and Brexit-related changes or announcements that could impact the exchange rate.