Master your subscription game with my top tips

Taken advantage of a free trial just before Christmas? You could get a nasty surprise when you next check your banking app…

It has long been a bugbear of the Young Money Blog that many companies are hell-bent on luring in young customers through the sneaky gambit of a free trial or promo offer.

Yes, the rules have been tightened around these controversial tactics – companies now have to tell us BEFORE they take payments and to make it more explicit in terms and conditions/promotions that we are are signing up for ongoing subscriptions. But that doesn’t mean the problem is over, by any means.

Falling into the subscription trap

This back door technique is one we’re all familiar with. Get on board for 30 days to take advantage of the deal, hand over your precious deets, inevitably forget to cancel the trial and before you know it, you have a paid subscription when you least expect it.

Companies justify the technique by referring to their ridiculous terms and conditions and the fact that they make it clear that consumers will be charged. But the whole strategy leaves scope for confusion, deliberate obfuscation and a bunch of angry consumers who feel like they’ve been used.

There are lots of culprits in this field, and the worst ones operate continuous payment authorities without making it all clear to customers at the outset. These companies tend to be dubious health and beauty brands, mostly based online, selling things like diet pills. They have long been described by Citizens Advice as “subscription traps” and can hit a worrying number of young and/or possibly naïve customers.

No room for human error

But actually, we can all fall prey to this, and the most frustrating thing is that the tactic relies on simple human error and the inevitable busyness of modern life. I signed up for a free trial of Ocado deliveries that lasted a year; I intended to cancel but of course I forgot. Low and behold, I was charged for a 12 month subscription and while I got some use out of it, it was not enough and I was glad to be shut of the whole damn thing last year – read about my most recent orgy of subscription cancellations here.

And some companies can really push the envelope. Customers are left feeling that  payments are deducted from their accounts when they say it was not clear they had given companies permission to set up a direct debit.

One such retailer is Virgin Wines. It tends to sell more than 100,000 cases of wine in December alone, partly by offering discounts through third-party apps, leaflet promotions and websites.

A nasty taste in the mouth 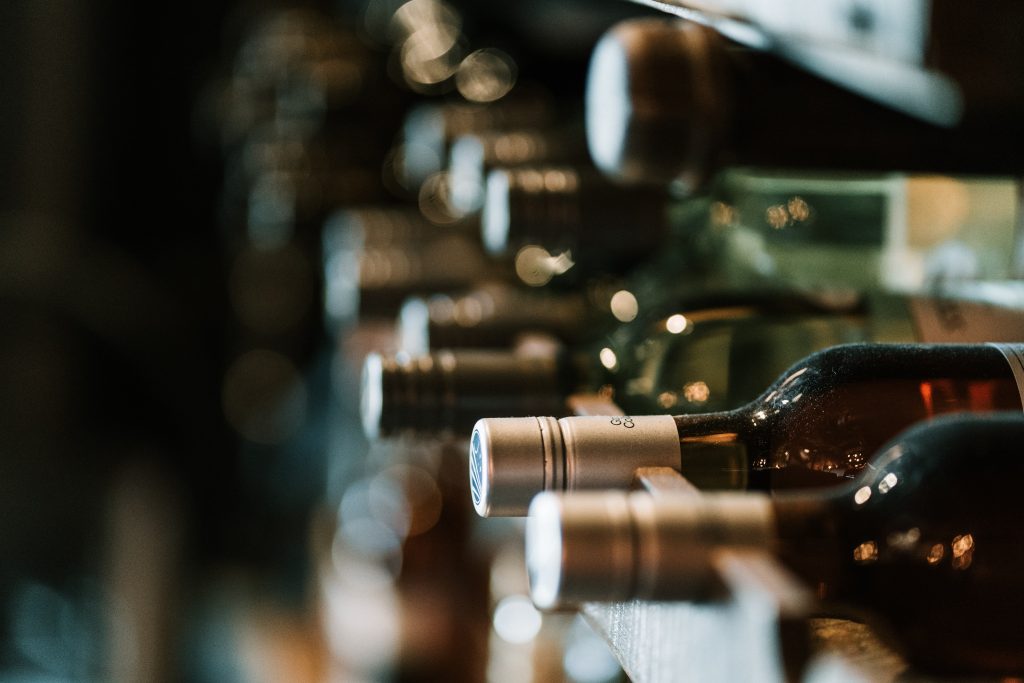 Patrick Milner, 26, a parliamentary worker, says a half-price promotion on a case of wine and a bottle of prosecco (£48) landed him with an unexpected bill of £25. He responded to a promotion on the O2 Priority app then discovered he had been charged for membership to the Discovery Winebank, a subscription-based service. He complained and received a full refund two days later. Mr Milner says: “I don’t think the subscription was properly mentioned and, if it was, it must have been buried in small print.”

Another Virgin Wines customer, James Calder, 26, says that he was enrolled without realising after he responded to the same offer through the American Express site.

“When I was ordering the wine, at no point was there any tick box, disclaimer or notice about subscribing to the wine bank. I only realised that I was signed up when I got a confirmation email two weeks ago saying that Virgin had just processed my next payment of £25.” He received a full refund after complaining.

For its part, Virgin Wines said the confusion caused by the wording on promotional offers was “absolutely tiny” since the company signed up 30,000 customers between October and December. Chief execustive Jay Wright said:

“We try to be completely upfront about everything that happens. It is not good for us if people do not want to be members of the scheme, and there is no compulsion to stay in it.”

He said that all advertising literature was approved by trading standards and that the £25 subscription was clear in the terms and conditions.

Education worker Ellen Dickman paid £1 for a three-month trial of tastecard, which offers discounts on restaurants and cinemas. She found herself unable to use the card, and forgot about it until near the end of the trial period.

Ms Dickman thought the terms and conditions said the card could be cancelled until 5pm on the day before it expired, but they said “the day before the renewal date” — four days earlier. She said: “It seems to me that everything is rather hazy so that they can take money in this way.”

Student Riya Viegas also tried to cancel her subscription before the expiry date but after the renewal date. She says: “I used the tastecard once at a restaurant and once to buy cinema tickets. I would never have agreed to renew the membership.”

When she complained on Twitter, tastecard said it sent customers a cancellation reminder “at least five times”. “I received it only once, in the first email they sent to me.” Tastecard’s terms and conditions say that it will not be liable “for any non-receipt of communication from us, including non-receipt of the reminder”.

A spokesman for tastecard said: “The renewal date is 4 days prior to the expiry date for the simple reason that it takes 4 days for us to print and post the new card to the customer. We make this clear on all our communications starting with the initial sign up page where this is the first part of the terms & conditions. Then again on the confirmation email they receive immediately after purchase and furthermore on the letter that arrives with the tastecard attached. This information is also on the renewal reminder email 30 days before the renewal is due and up to 7 other times on various email communications.” 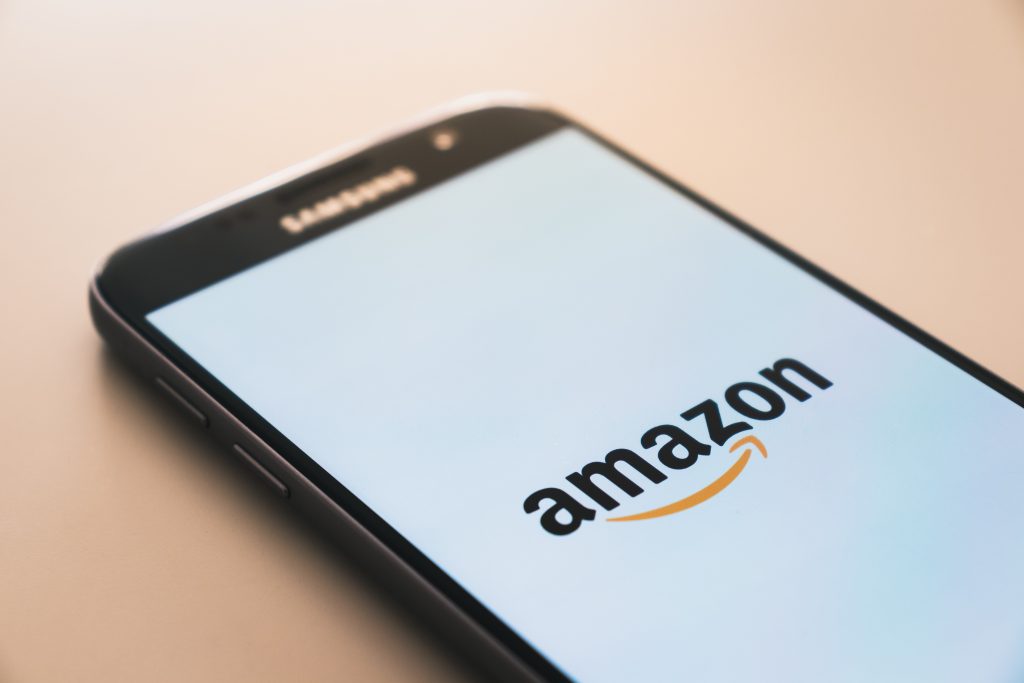 We all know the furore that surrounded Amazon Prime when hundreds of customers complained about being unwittingly signed up to premium subscriptions, costing £79, after a free trial. The Advertising Standards Authority ruled that Amazon had to withdraw an email it sent to customers offering Prime free for 30 days, saying that it failed to highlight the paid subscription that begins after the trial.

The case prompted the Committee of Advertising Practice to warn that “hidden costs associated with trial offers can end up costing consumers a considerable sum of money”.

Matt Wilson, a spokesman for the Advertising Standards Authority, said:

“There is nothing wrong with promoting free trials or offers but if consumers might be led into a subscription, they have to be fully aware of that fact. Consumers shouldn’t have to play detective. We would encourage any customer who believes they have been misled to come to us.”

Research by TopCashback.co.uk last year revealed that 42 per cent of Britons are paying for at least one subscription they don’t use — most often gym memberships, credit reports, TV streaming services and music streaming plans.

AVOID THE TRAP! Stay out of trouble with the following advice:

Check and double-check the trial

If a company is offering a promotion or free trial, check and double check if you’re being signed up for a subscription. Sadly, there is no legal requirement for companies to make this fact abundantly clear but reputable firms should say in the terms and conditions whether this is the case. If in doubt, phone the company in question.

Check the exact date when the trial will expire and give yourself leeway by scheduling your cancellation at least one or two days prior to the deadline. Write in your calendar, set a phone alarm, put a post-it note on your mirror, chant the date morning, noon and night…whatever is necessary.

If you do find that you’ve been signed up to a subscription, keep all relevant screen shots of promos and terms and conditions and send to the company, along with a complaint that the subscription was not advertised clearly enough (or at all).

Know what you’re getting into

If you suspect you are being signed up for a subscription, at least check whether the payment will be for a monthly or annual service. The latter could be difficult to undo if the subscription was in the terms and conditions, whereas a monthly subscription will at least allow you to cancel within 30 days so you don’t have to keep coughing up each month.

If you have signed up unwittingly to a subscription and you don’t want it, cancel it! You can request this through your bank if it is a direct debit OR a continuous payment authority, even though many front line staff are not fully aware of the obligations of banks and card providers under the Payment Services Regulations to remove authorisation for a series of payments upon request. Remind your bank of this if they aren’t being helpful and if need be, refer to your local Citizens Advice.