Should YOU join the Bit-teratti? The ins ‘n’ outs of Bitcoin

Bitcoin. To quote Ron Burgundy from Anchorman…”well, that escalated quickly.”

The crypto currency was created just eight years ago by an anonymous inventor, but its value has gone up 1,000 per cent in the past 12 months alone, with one unit trading at nearly £14,000 over the weekend.

This astronomical rise in value has become a major talking point in the mainstream media, with financial journalists and keen-eyed investors scrambling to figure out what the hell it all means.

But unless it you are one of the members of the “Bit-teratti”, you’re probably feeling a mixture of confusion and curiosity too. Are you missing out? Could Bitcoin stop you selling lungs/going on the game/being in thrall to rich Aunt Julie for the rest of your life? 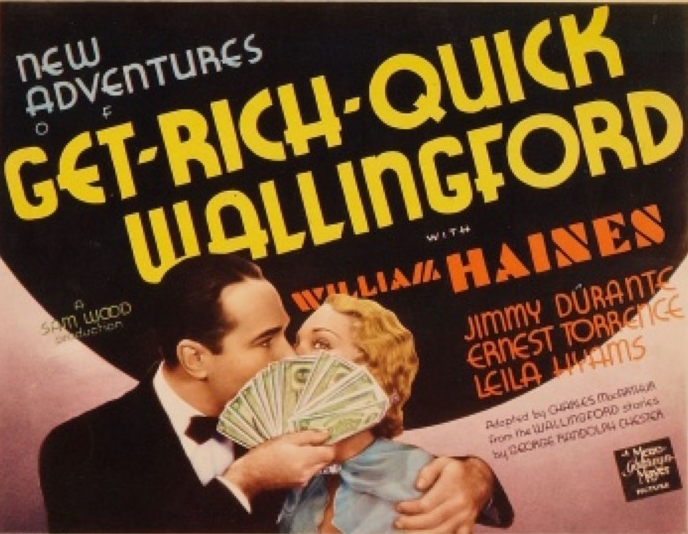 Well, I’m not one to spoil the party or come across like I’m part of a mainstream conspiracy to silence crypto-currency.

The establishment view of Bitcoin is certainly one of suspicion, if not downright hostility. It represents an alternative world where the Bank of England, regulators and government have very little control, and typifies the breakdown of hierarchies that is going on all around us today.

But it’s natural that many people are drawn to the outsider qualities of Bitcoin, and especially young people who feel the financial system has hardly worked in their favour.

But you don’t have to be an establishment stooge to say that there are many red lights flashing on the Bitcoin dashboard. And it’s vital that young people who are at the end of their tether when it comes to traditional financial strategies – e.g. holding your money in pitiful savings accounts, investing for the long-term in turbulent stock markets – don’t fall into Bitcoin primarily as a Get Rich Quick scheme.

Firstly, the price of Bitcoin is spectacularly volatile, with more than £2,000 wiped off its value in just 24 hours in late November after reaching a record high. Many equity stocks will experience pretty heady highs and dark lows – even those held in your workplace pension – but few will experience it all in just one day.

Yes, those who have held crypto currencies over the long-term have seen some spectacular gains, so in that regard, proponents say that Bitcoin is no less a long term play than traditional equities – and a far more prosperous one at that.

But the volatile nature of Bitcoin does mean it can be very difficult to effectively time when you should buy and sell. And let’s not forget that if you were to buy Bitcoin, you would need a seller in order to offload it. What happens if the market suddenly falls? What if you need to find buyers, but can’t?

You are left with a lame duck that can’t give you any shelter, dividends or even a usable currency. That’s a major risk to take with your money even if you have plenty to go around. If you’ve got very little to risk in the first place, it’s positively suicidal.

It doesn’t help that many celebrities who have risen to fame through means other than their financial nous are promoting cryto-currencies like there’s no tomorrow (because when tomorrow does come, the very real possibility of a thudding Bitcoin crash occurs once more). The likes of Floyd Mayweather and Paris Hilton (yes, she’s still around) recently threw their weight behind initial coin offerings, or ICOs, where investors are offered digital tokens in exchange of their investment of crypto coins. These digital tokens can represent a share in the company or a voucher for future services, but sometimes, they can also offer no real value whatsoever. They really are the Emperor’s New Clothes of modern finance. 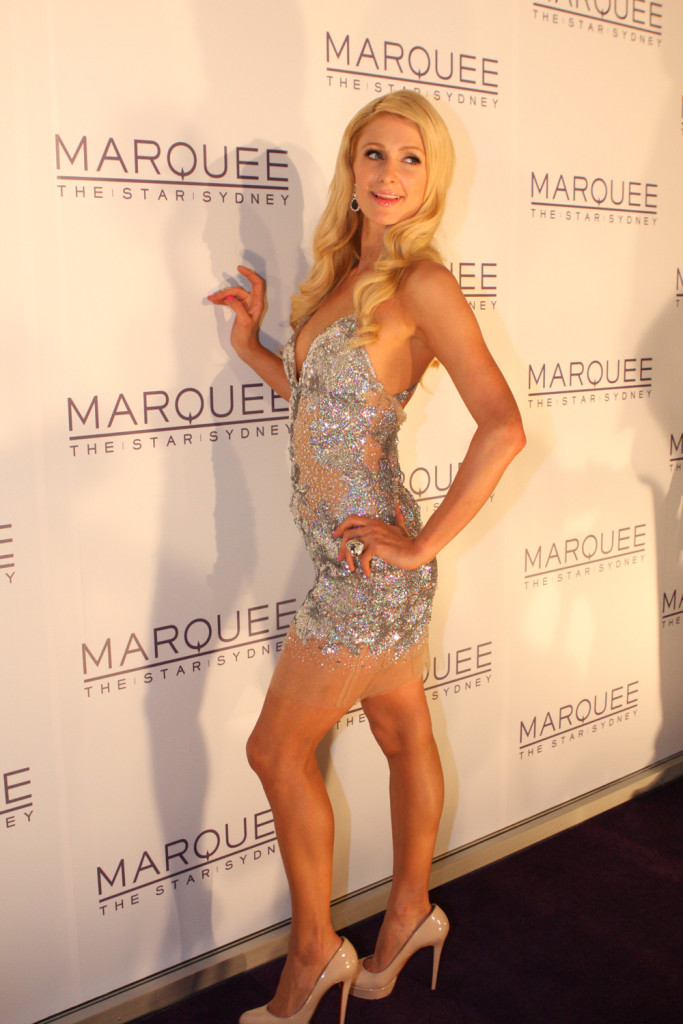 You may like to believe that you’re far too savvy to ever indulge in irresponsible, short-term trading. Look, I’m sure you are a thoroughly sensible guy/gal/non-gendered person.

You recycle. You don’t have unprotected sex. You NEVER answer the door unless it’s Postie or you’re expecting a friend (apparently, that’s a Millennial thing now).

But this is not about your normal behaviour. This is about the special Twilight zone of investor psychology, which can prompt ordinary people to do amazingly dumb-ass things with their money. Selling at the bottom of markets, taking more risk on the way down…or piling into Hot New Investments you know nothing about because you’ve seen something about it on the internet.

You’re only human. You see the likes of the Winklevoss Twins (remember that movie The Social Network?) and think “gosh, they’re billionaires out of Bitcoin. Where can I get some of that action?” but you forget that the W Twins aren’t *actually* billionaires until they’ve liquidated that amount through Bitcoin…and it’s not entirely certain that they’ll ever be able to.

Now, for those of you still scratching your heads about what Bitcoin is, here’s a quick debrief. It was originally designed to be an alternative payment method that could sit outside the traditional banking system. But you can’t use Bitcoin at Pret A Manger – it will only be accepted by certain merchants. There is a finite number of Bitcoins available and they can only be mined by a super computer, and these can’t be bought at Currys/PC World either, in case you were wondering. And, unlike national currencies, their supply cannot be increased by central banks. 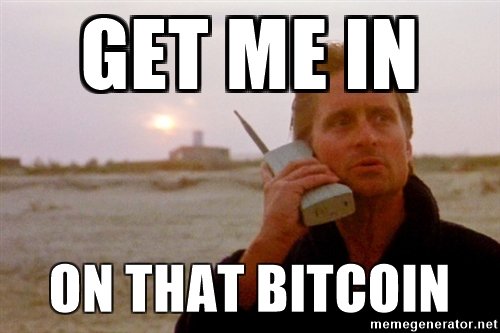 So this brings us onto an important point. Bitcoin has gone from being ostensibly a currency, albeit with pretty high transaction charges, to becoming primarily a traded commodity. So if you only have 21 million Bitcoins in circulation, of course a limited supply will generate market buzz.

But while national currencies can be determined more or less by easily identifiable economic and political factors, and markets’ response to those, Bitcoin has nothing tangible or measurable underneath it to guide the price. The value of gold rises in uncertain times as it becomes a safe haven, but Bitcoin has no correlation with historic market cycles. Bitcoin’s new “outsider” status is exactly what makes it (or rather its users) vulnerable.

Bitcoin advocates would argue that it’s crossing over into the mainstream, with the first Bitcoin futures market now established in the US. This means Bitcoin is being traded on regulated financial exchanges for the first time. But if that’s the case, why isn’t it more straightforward to buy and sell crypto currency? If you want to get in on Bitcoin, you have to set up a digital wallet via a specialist online exchange, and if you think that sounds easy, there are plenty of articles out there testifying to how ridiculously complicated and error-strewn the process is.

And if you think I’ve made a pretty good fist of sounding like an expert about this, I’ll let you in on a secret. I don’t understand it. I don’t know fully what Bitcoin is, how its value is being determined, why it’s the future we should be all so excited about and why I am being Squarey McSquareface for expressing doubts.

As with everything that starts on the fringes and eventually crosses over into the mainstream, maybe I’m wary about just how much of a game changer this is. But maybe I’m also getting more comfortable with admitting that I don’t understand certain things about modern finance. I would rather put my hands up and say “I don’t know” than bullshit and mislead others in the process.

And the truth is that if you don’t know how something works, and even a bit of studying time doesn’t illuminate the facts that much further, you should stay the heck away. That much I DO know.

RT @ellenejudson: @thetrainline Really not impressed with this. This implies that I can claim my cashback simply from having bought a train…