Saving is BACK – but what does the future hold?

Over the past couple of days, I’ve been talking a LOT about saving.

Later I’ll be back doing one of my fave things in the world: chatting about money on @BBCR1 Life Hacks. Today, we’ll be talking about saving & how I see it as a vital act of self-care in these stressy times. I’ll be on from 5.10 and it’s my 1st show with lovely @vicknhope! pic.twitter.com/128ltzNLWm

Join us on 19 October to officially kick off #WorldSavingsDay2020 celebrations 🥳

On Sunday, I was back on Radio 1’s Life Hacks to talk about why saving matters and how to crack it. Then yesterday, I was honoured to speak at the launch of World Savings Day, which is being held on 31st October.

Here in the UK, we are in the midst of a savings miracle. We have gone from having one of the lowest rates of saving in the world to squirreling away our money in record sums. This might not be so positive for our economy, which needs people to spend their disposable income in retail and hospitality. But this is a truly fantastic development on an individual level – so long as it lasts.

Pre-Covid, Britain was going through a savings slump. As you can see from this graph, the UK came bottom of the international league table for saving in 2015. Just two years later, the household savings ratio slumped to a record low of 4.9%. It seemed as though rock-bottom interest rates, an ever-expanding consumer economy and easy availability of debt had killed off saving once and for all. 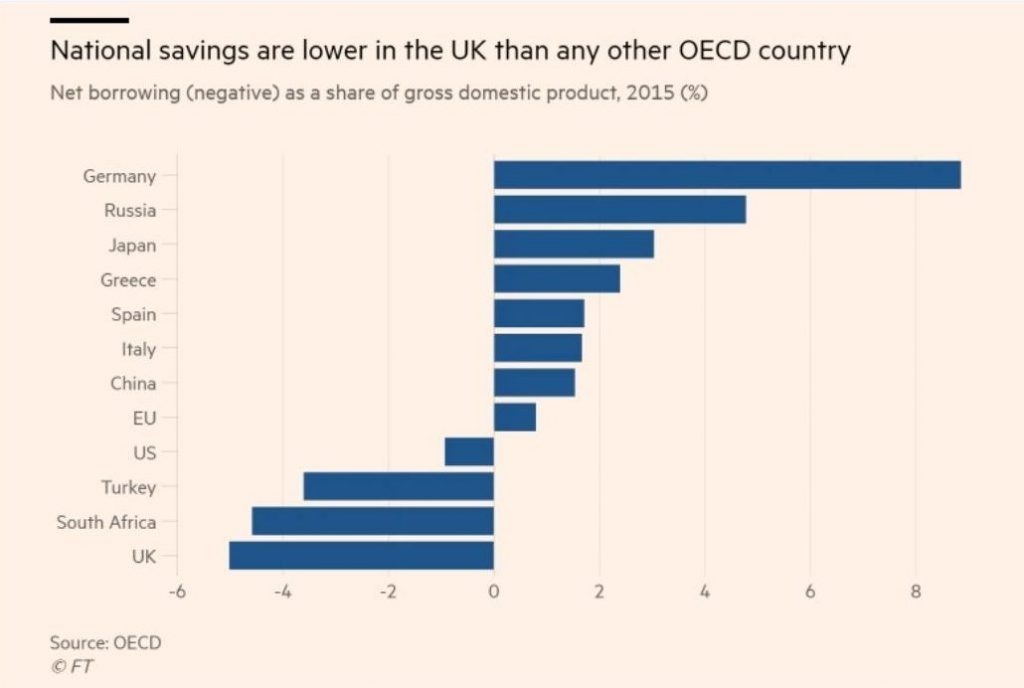 It wasn’t always this way. Saving used to be deeply rooted in our culture, fostered by local building societies and personable bank managers. It was even promoted as a way to rebuild the country in the mid-20th century, as an array of attractive posters from National Savings & Investments can testify. 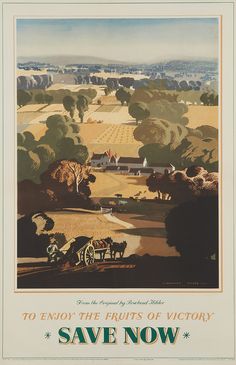 Fast forward to 2020 and saving has made a spectacular comeback. In the first quarter of this year, the household savings ratio reached nearly 30% – a huge jump from the single digits that had become the norm in recent years. The two most intriguing aspects to this comeback are 1) this is happening despite interest rates reaching an all-time low, with the possibility of going negative for the first time, and 2) young people may well be the keenest savers of them all! This is all the more remarkable when you consider that young people are the most likely to have lost income and work over this period.

At the beginning of the year, I felt many young people had given up on saving. The widespread cynicism that met the launch of the 52 week savings challenge convinced me that very little could get young people feeling motivated about saving. But of course, that was before the arse fell out of the universe. Now, saving is no longer seen as an unaffordable luxury, but a necessary means of self-protection.

Now, we don’t need goals, gimmicks and gamification to save money. Our lives have practically been precision-engineered to cut living and socialising costs. If you have been able to continue working as normal, it would be impossible not to have a surplus of cash for the first time – so why wouldn’t you save it? Plus, saving has become self-evidently sensible in a time when the government could deem your job “unviable” overnight. Many have been triggered by cautionary tales of a mate or relative losing their job and having to use welfare for the first time.

For many years, I’ve been talking about saving as self-care. Many people now scoff at that term, particularly since it’s been vigorously co-opted by many commercial interests. But that doesn’t negate it as a valid, important concept. Young people increasingly recognise that they can’t keep their mental health on an even keel if they neglect their financial security. Saving has to be right up there with eating well, sleeping properly, exercising and staying connected to loved ones – particularly in these destabilizing, stressful times.

But savings advocates like me can’t rest on their laurels, particularly when we may be heading towards negative rates on savings. Will young people be quite so keen to squirrel their cash away when they have to pay for the privilege? And what will happen when the economy opens up again and we head back to normality – will young people plunder their savings and make it rain hard?

I wouldn’t blame our generation for wanting to enjoy life once more. But I hope we can strike the right balance between saving and spending even when parties, weddings, holidays and nights out are back on the table. In the meantime, here are three ways we can sustain the savings revival:

Saving is back – but its future is far from certain. We need to build on one of the few positive developments to come out of 2020, and ensure this trend isn’t just a blip before we revert to the mean. Because no-one can be in any doubt any more: saving really can save our bacon.

RT @NASPTweets: Supporting financial wellbeing can have an amazing impact on people's mental health and overall wellbeing. This Thursday, @…