Lifetime Isa: cure-all or gimmick? Experts (& me) thrash it out for the FT 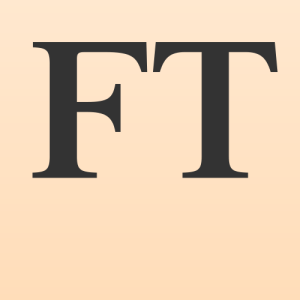 Millions of cash-strapped younger savers will soon be offered a new cash boost from the government to buy their first home or build a retirement nest egg.

From April 2017, under-40s can open a new Lifetime Isa which will pay a government bonus of up to £1,000 a year on savings they make. These can be used towards buying their first home, or accessed tax free after age 60.

Already predicted to be wildly popular with younger savers, experts warn that under-40s who opt for the Lisa could end up losing out. The generous 25 per cent bonus might be the incentive young people need to kick-start their retirement savings — but will its introduction tempt them to abandon more valuable workplace pensions, sowing the seeds of a future mis-selling scandal?

And how do young people themselves view the latest addition to the Isa family? It might make pensions savings easier for them to understand, but critics argue that — as with pensions tax relief — the wealthiest stand to benefit most.

Ahead of the Autumn Statement, the FT’s pensions correspondent Josephine Cumbo brought together a panel of experts to debate the potential consequences of the policy on the savings habits of millennials, the future pensions landscape and whether Philip Hammond could end higher rate tax relief.

Baroness Ros Altmann, the former pensions minister, has been an outspoken critic of the Lifetime Isa, which she believes will undermine existing retirement savings products that could prove more valuable for young people, such as company pensions and auto enrolment.

Michael Johnson, research fellow at the Centre for Policy Studies, is widely regarded as the architect of the Lifetime Isa. Arguing that Generation Y are not engaging even with the word “pension”, he believes simplifying the current system of upfront tax relief will encourage young people to save more.

Tom McPhail is head of retirement policy at Hargreaves Lansdown, the UK retail investment platform, which will be offering customers under 40 access to the Lifetime Isa from next April’s launch. He has previously argued in FT Money that Isa products are becoming too complicated.

Iona Bain is an author and founder of YMoneyY, a financial website for young people. The only member of our panel who is under 40 and therefore able to open a Lifetime Isa account next April, she agrees that they are easier structures for younger savers to understand, but fears that future governments may scrap the policy.

IB: I think the overwhelming atmosphere at the moment is one of confusion about the whole pensions and savings issue. Not that long ago, we had the launch of the Help to Buy Isa, which was supposed to be the silver bullet for young people’s housing problems, and then there was a lot of hullabaloo around auto-enrolment, so people are getting a vague idea that there’s already a product out there that is designed to help them get on the housing ladder, and already a vague initiative that’s helping them to save for retirement.

So I think it would be understandable for young people to feel confused about why we now need another product on top of those two initiatives [that] also has a lot of critics.

I think it [the Lifetime Isa] will probably end up being used more to save for a first home because that seems to be the more pressing priority.

RA: I actually have a lot of sympathy with what Iona was saying. I don’t see who would really be better off saving for retirement with a Lifetime Isa; I actually think the name Lifetime Isa is wholly misleading because this is a product that has all the behavioural incentives to ensure it won’t last a lifetime.

What we really need is a lifetime pension that will last into your 80s. The Isa construct is not suitable for that and I agree, a lot of people are going to be confused about what to do. This product, in my view, is fine if you want to buy a home but we’ve already got the Help to Buy Isa. This is a sort of souped-up Help to Buy Isa — but why do we need a souped-up one?

TM: We certainly have concerns about the policy, and it feels like a solution in search of a problem. Picking up on Iona’s point, the best policy intervention the government could have come up with to facilitate house purchase for the 20 and 30-somethings would have been to build more houses, or to facilitate more house construction. Stoking the demand side of the equation isn’t going to fix the problem — it’s going to accelerate the problem.

As the ‘architect’ of the Lifetime Isa, Michael, how do you respond to these concerns?

MJ: What is clear is that there is a lot of resistance to the Lifetime Isa from the industry, which is driven by commercial fear, not from listening to their potential customer base.

The Treasury estimates that 200,000 new Lifetime Isa accounts will be opened every year for the next four years, with a net cost in the fourth year of about £850m. This is not a money-saving exercise, this is a net cost to the Treasury because they haven’t yet done anything [to curtail pensions] tax relief. The most recent survey, from Aon Hewitt, suggests that in the first year [the number of] account openings will be 2.25m. That is 11 times bigger than the Treasury estimate. If that comes to fruition, the Treasury will have a budget problem from a product that is proving to be too successful.

And that is what is terrifying the industry, particularly the life industry. But let’s go back to why I sat down and conjured up the Lifetime Isa. It was to acknowledge reality, which is that Generation Y is not engaging with the “pension” word, and therefore Generation Y is not in receipt of tax relief. So how can we reframe what is ultimately an objective that probably all of us share, which is that we want to capitalise a broad-based savings culture? How can we reframe the language in a way that is going to encourage Generation Y to participate?