Is classical music dying in birthplace of Western culture?

“Why teach kids music when they could be learning something that will help save the economy?” How classical music in Greece is under threat of permanent extinction due to a crisis in funding and education 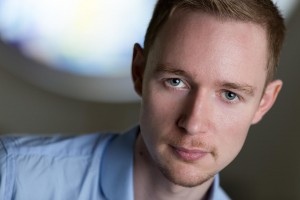 It’s no secret that arts and culture in Greece have suffered terribly over the past six years.

Like all public sector workers, orchestral musicians have had to take huge pay cuts since the crisis began in 2009, and these are the ones lucky enough to keep their jobs. As Antonis Sousamoglou, concert master with the City of Thessaloniki Symphony Orchestra told me, musicians have seen their salaries slashed by at least 35%.

“I think we’ll be using this room an awful lot more, simply because the orchestra cannot afford to put on many big-scale orchestral projects” he remarked as we stood in the room used for smaller chamber orchestra rehearsals in the Megaron concert hall, Thessaloniki.

The fact the orchestra even survives is nothing short of a miracle, with the future of classical music in Greece on a permanent knife-edge. Some traumatic recent events have put this into sharp focus.

In June 2013 the ERT National Symphony Orchestra, the state radio and television orchestra and a 75-year old national institution, was closed down by the government at one day’s notice. A decision which shook Greece to the core, this was a wake-up moment as to the seriousness of the crisis – non-essential cultural institutions would be the first to go as austerity bit hard. A final performance by the musicians, tears streaming down many cheeks, went viral on YouTube.

Although the orchestra reopened earlier this year, the musicians’ former status as salaried public sector workers was finished; their whole identity and financial security changed forever. A violist with the orchestra, Iannis Stratakis, told me how devastating the changes were.

“Now we are no longer civil servants. We are on short-term contracts. We haven’t worked for five months (since May) and when we don’t work, we don’t get paid. It’s very difficult to survive when you’re not working. Luckily I have some savings.”

Classical music holds a strange position in modern Greek culture. Although Greece was the cradle of western civilisation and art, its history took a different course to that of other western European countries in the 19th and 20th centuries. Before and since its unification as a nation in 1832, the rich folk music tradition of Greece has played a more vital role in national life than the Germanic classical tradition, which has struggled to gain a strong cultural foothold.

Anda is a young flautist and one of group of around 40 talented teenage musicians brought together last month under the auspices of a new venture established in April this year, the Megaron Youth Symphony Orchestra (MOYSA) who are based in Thessaloniki but perform in Athens.

The youngsters had gathered to perform a standard classical programme of Elgar’s Serenade for Strings and Grieg’s Peer Gynt. But in the rehearsal intervals they couldn’t help but break out into spontaneous toe-tapping folk fiddle jamming, with the familiar Eastern-sounding augmented seconds and twiddles I recognised from years of ‘Ethnopop’ entries that dominate Eurovision (and something even the UK had a go at in 2005).

This indigenous tradition is a source of rich pride for the Greeks, and is performed at weddings and all big social events. I reflected that its position in Greece may not be dissimilar to that assumed by traditional folk music in my native Scotland, another country in which classical music comes a long way down the pecking order in the national consciousness, below Belle and Sebastian and Celtic Connections.

Depressingly, as Anda hinted, changes in education might make this tradition the only form of music accessible to Greeks in the future.

The music syllabus of the British national curricula may be criticised for dumbing down (especially the classical component), but kids do at least get music in secondary school. In Greece, children stop all music classes when they leave primary school, according to Anda.

Any diehard parents wanting a child to carry on with music must make a commitment to send him or her to one of the many ‘music conservatories’ (basically the equivalent of an after-school or Saturday morning music centre like the Centre for Young Musicians in London). There are many privately run but only one that is state run and free to attend. To remain there, children have to keep up a high standard and re-audition each year.

Anda said: “The government is even discussing at the moment whether or not to drop music in primary schools. Many people’s attitude is, why teach kids music when they could be learning maths or economics or something that will help save the economy?”

MOYSA and the plush newly-built Megaron concert hall in Thessaloniki where it is based are funded by the Stavros Niarchos Foundation, the privately funded charity established by the billionaire shipbuilder who died in 1996.

The charity engages in a number of community projects, pumping money into local charities which plug the gap left by a vanished state fund, including groups that provide free school meals for the poorest children.

As Zoe Zeniadi, the conductor of MOYSA admitted, there would be no wonderful new ventures like MOYSA or concert halls without money from trusts like the Niarchos and Onassis Foundations.

“The Megaron (concert hall) receives only around 50,000 euros from the state every year, which is nothing. We need foundations like Niarchos or projects like this would not happen”, she said.

Zoe inspired the children with a stern and uncondescending approach, treating the teenagers like young professionals and demanding high musical standards she knew they could deliver (and they did). She explained to me her personal vision to expand classical music in Greece and change the status quo.

“The real problem is that we are the only country in Europe not to have its own music college, like the Royal College of Music or the Paris Conservatoire. So all the really good kids have to leave when they leave school. The highest standard in the music conservatories (after school centres) is nothing like the entry required for the top music colleges.”

I was shocked to discover that there is not a single amateur orchestra in the whole of Greece. That, when you think about it, is extraordinary for a country of 10 million people.

“So that when you leave school or university you put the instrument away and never play it again”, Zoe told me mournfully.

Thinking of the rich tradition of amateur orchestral music-making in Britain, and what an intrinsic part of the cultural and social life-blood of many communities it is, this is clearly a gap that needs filling in Greece.

Zoe avowed that she would love, one day, to set such an orchestra up, and that there would be a demand. I imagine that many of MOYSA’s young musicians, most of whom will go on to study other subjects at university but may wish to carry on playing after years of painstaking graft, would love the opportunity to play in such a group.

And what of audiences without whom, funding or no funding, there almost certainly will be no future for classical music in Greece?

“Although musicians are working for less money, the audiences for concerts and other arts have actually increased over the last few years”, Thodoris Papadimitriou, assistant conductor with MOYSA, insisted.

“Life is very difficult for people and they want to be entertained. So I actually have some hope for the future that audiences for concerts will keep growing and the tradition will survive.”

This was certainly reflected in the audience for MOYSA’s concert, which was standing room only.

It is a cause for hope that in times of such unprecedented hardship and even as disposable income has plummeted, people are still prepared to spend money on concerts and support their young artists.

The committed and endlessly cheerful young players of MOYSA delivered an assured and sensitive performance that would match the standard of most decent youth orchestras in the UK and I was very lucky to get the chance to work with them.

Proud not only of their folk tradition but also in the knowledge that they can hold their own as accomplished classical musicians, they gave me another reason for hope. As did passionate musicians like Antonis, Iannis, Zoe and Thodoris. In the face of a broadly unsupportive state, I could not help but admire their tenacity and their burning passion to keep classical music alive and healthy in Greece by igniting a spark in the younger generation.