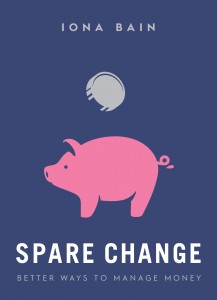 A WOMAN who had the numerical equivalent of dyslexia at school has written a book to help young people manage their finances.

Iona Bain, 27, was told at her Edinburgh high school that she had dyscalculia, which is said to affect one in 20 people. Around one in four have difficulties with maths.

“I couldn’t work with numbers and still find it hard,” she said. 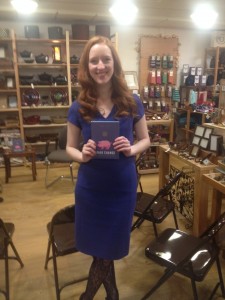 The music graduate’s book Spare Change developed out of a blog about money she started producing while playing in bands in Glasgow. The impetus for the blog came after Ms Bainlost her cash savings when her pottery piggy bank was stolen in a break-in.

“I was gutted and decided it was about time I found out how to manage my own money,” said Ms Bain, who writes for The Herald.

Ms Bain’s father, Simon, is personal finance editor of The Herald and she says her experience has convinced her that anyone can learn to be good with money, even if they are not particularly good with numbers.

“I believe savvy financial behaviour can be learned, it isn’t all down to personality or maths skills, or your earning power,” she said.

“We can master our money and achieve our personal financial goals with the right strategy, information, support and attitude.”

LAUNCH EVENT AT ONE WORLD SHOP

First to arrive was the STV crew who filmed a three-minute live segment for the ‘Live at Five’ Edinburgh show. Roving reporter George Ward asked Iona about the importance of being good with your money, and what basic steps people could take to improve their finances. Iona said she was delighted to be having the event at OneWorld Shop which offered beautiful ethically-sourced products.

Her association with the shop came about after writing an article in The Herald just before Christmas on ethical shopping and finance.  When business manager Rachel Farey heard about the publication of Spare Change, she offered to host an event.   Guests and attendees were treated to hot drinks and nibbles and could also wander round the shop which stayed open late for business.

The event was delighted to welcome Emma Marijewycz, marketing manager for publishers Hardie Grant, who flew up from London specially for the event.

Then in a half-hour question and answer session with Iona, Rachel asked some very insightful questions about the book, how she came to write it, and our relationship with money.  Rachel said her own was one of those households in which money was not really talked about, Iona said she was lucky in coming from a home where frugality was a watchword and her dad was a financial journalist.  “That taught me to respect money and see it was important,” Iona said.  As for her own relationship with money, “it’s not perfect!”. 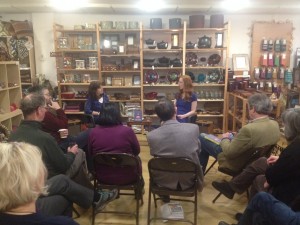 Rachel asked Iona about how she was told at high school that she had dyscalculia – the numbers equivalent of dyslexia  – which affects one in 20 people, while one in four have difficulties with maths.    Iona said she believed that you didn’t have to be great with numbers to become more financially savvy, it was all about being mindful with your money, how you spent it, and how it reflected on the goals and values of your life.

A special guest at the event was Ian Fraser, author of’ Shredded’, the definitive account of the Royal Bank of Scotland collapse which is widely viewed as a masterpiece.  Ian was asked whether he saw any change in the culture of banks following the financial crash. The shocking answer was no, and he revealed that the US and UK governments had missed a unique opportunity to drive more radical change in our banks at the time of the financial bale-outs.  He explained that it was not so much that lawmakers were “in hock to the banks” but that they were firefighting and panic-stricken in a crisis.

Finally, Rachel was asked about the annual Fair Trade Fortnight which begins on February 29, and she agreed with financial journalist Simon Bain that its profile and message had faded in the last few years in the public’s mind. Several members of the audience noted that the media was paying little attention to this important area.  Rachel said the shop had various initiatives planned in the near future, and the success of the book launch had encouraged them to stage further events.

EDINBURGH’S One World Shop is hoping to expand into Glasgow after raising £20,000 partly through crowdfunding for its move to larger premises in the capital’s Nicolson Square. It will be hoping for a sales boost from Fairtrade Fortnight, which begins later this month, and from staging events, first of which was a launch this week for Herald writer Iona Bain’s book Spare Change. Business development manager Rachel Farey also welcomed Ian Fraser, author of Shredded, to speak at the event and said she was relieved the media, known for being partial to a drink or two, had not been put off by a slight drawback – being part of a church building, the shop is a teetotal venue.

Thanks for the shout-out @BigIssue - much appreciated 👍