Intriguing financial films for your next #duvetday

If you heard me at the beginning of the year on BBC Radio 4’s Moneybox live show, talking about my financial education documentary from late 2017, you may have noticed that my voice sounded a lot croakier than usual.

At that time, I was fighting off a rather nasty throat infection, which saw me lose my voice altogether at one point.  Well, guess what…it came back this weekend! I was holed up in Chez Bain as the snow came down with no voice, a throat that felt like it was full of razor blades and a woozy head that left me feeling punch-drunk.

Where the hell did Spring go?

It called for a duvet day, a term I would normally cast into the rubbish dump (or should I say garbage can?) of dreadful American verbal imports but which seemed rather apt when describing the perfect time to watch financial films.

Now before you decide I’m a strange geek, let me explain my thinking. If you’re relatively new to the world of high finance, economics or consumer psychology, watching a film on any one of those topics is the most accessible way in. You could read a fairly involved, mind-melting tome on the causes of the financial crash.

But there’s no better way to communicate complex financial themes than through film – and no better time to watch one than on your next #duvetday.

So here are some suggestions for financial films you can stick on. Some are 5 stars in my book, others are more problematic. But you can watch and judge for yourselves! 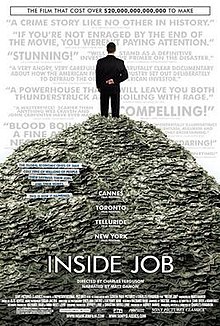 The gold standard of financial documentaries, Inside Job gives an impeccable and sobering overview of the events that led to the financial crash in 2008. The Inside Job fastidiously lays out the factors that contributed to the subprime disaster in the U.S. without resorting to hysteria, exaggeration or hyperbole. In its quiet authority and exact pacing, it is devastating, particularly in the #ultracringe moments when supposedly independent academics are questioned by the film-makers for promoting sub-prime garbage in their work (and end up trying to curtail the interview). What makes it extra-watchable is the calm narration from Matt Damon and a terrific opening sequence sound-tracked by a particularly catchy tune by Peter Gabriel. My top pick. 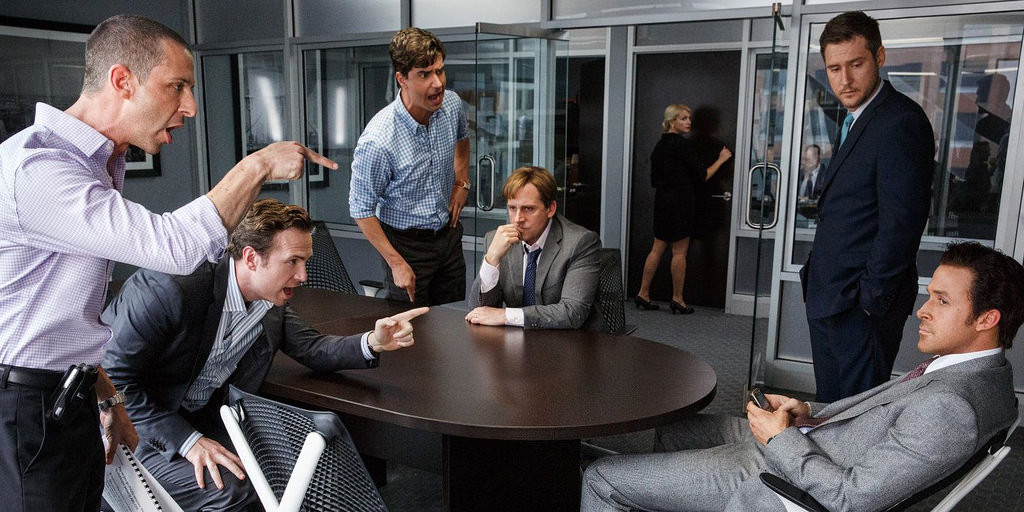 The Big Short is that rare beast – a reasonably mainstream film that educates as well as entertains. Bringing to life Michael Lewis’s book of the same name, this could easily have turned into a dry and technical plodfest, but it ends up being a hoot. The film documents the actions of a small number of speculators who correctly predicted the 2008 financial crash and made spectacular gains in the process, but not without full cognisance of what their good fortune meant for the rest of America (and the world). And Ryan Gosling’s character near the end is bound to have you feeling bewilderment, anger and unease as he brutally outlines the reality since ’08 – that only one minor player in the financial system was ever brought to justice.

I do have reservations. The film doesn’t explore the tipping point, from good times to Apocalypse Now, in enough detail and it presents only a handful of people as being prescient. In reality, many more people were openly skeptical of what was going on than is depicted in the film (including some in the media). But since this is the only financial film I can think of that features Selena Gomez at a roulette table and Margot Robbie in a bathtub, we might let that slide… 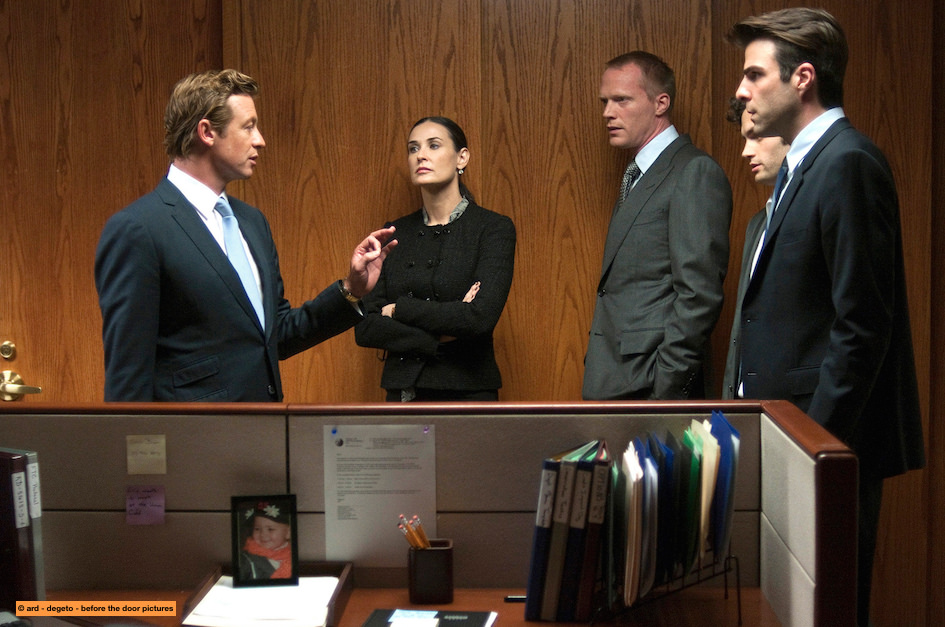 A tad more esoteric, Margin Call is for those interested less in the events and more in the psychology (or maybe pathology?) of those who worked in high finance prior to the crash. What it lacks in action it makes up for in stellar casting (although your appetite for this may depend on your new #metoo policy on Kevin Spacey) and intricate screenplay.

The human drama is understated but it provides a rare cinematic window into this world that can all too often be dominated by Gordon Gekko caricatures and not enough by the scarier truth – those who were driving the financial industry in the run-up to 2008 went largely under the radar, used their intelligence and ambition almost entirely for self-gain and belonged to such a narrow demographic and mindset, they would never have dreamed of questioning and adjusting their behaviour, much to all our eventual detriment. 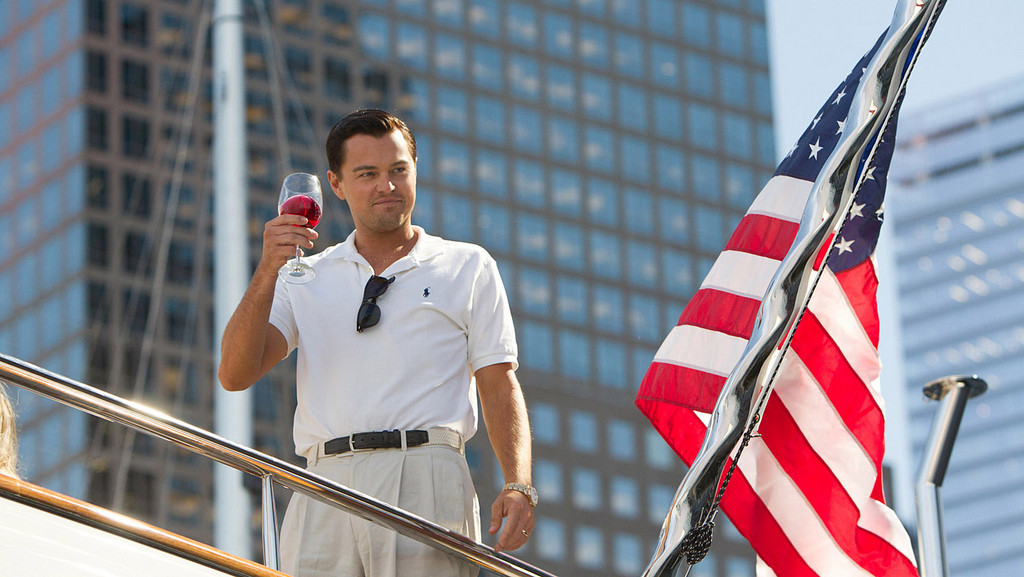 A quite literal romp through the extremities of Wall Street in the 1990s, this is less about imparting information that we may not have known but confirming what we already understood (or at least suspected) about the “greed is good” era.

Having said that, it’s fascinating to see how the likes of Jordon Belfort (the titular wolf) laid the grounds for a pump-and-dump investment mentality that we keep seeing in the world of finance. The difference is that Mr Belfort actually paid for his crimes, going to prison before being released and making a highly lucrative living from writing and speaking about his experiences!

A word of warning though – it’s NSF watching with your parents, as I found out to my mortification. And steer clear if pitch-black comedy isn’t your bag. My brother says no film scene has ever made him laugh as much as when Leonardo DiCaprio (playing Jordon Belfort) is left drooling and incapacitated by an overdose of quaaludes…sounds grim, but Martin Scorcese sure has a tragi-comic touch. 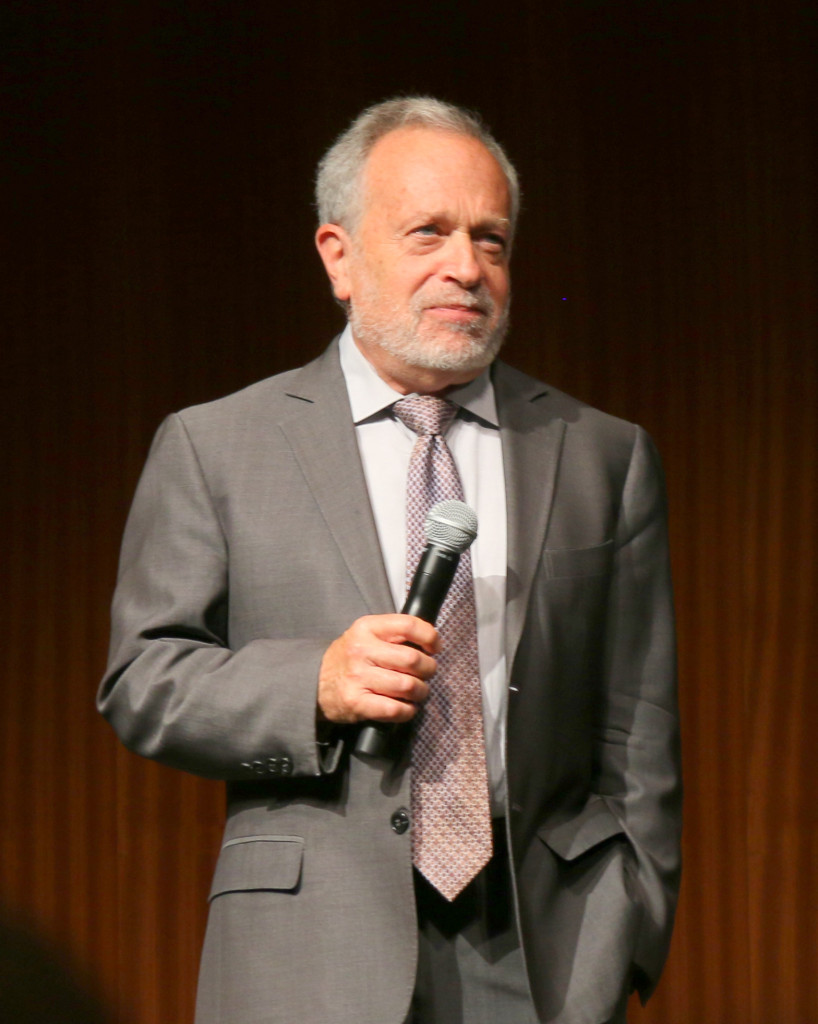 Definitely a more political animal, but (in my opinion) lacking real bite. It is based on the work of former U.S. Secretary of Labour Robert Reich, who toured America with his book “Saving Capitalism” in the last two years and tried to speak to ordinary Americans about their economic fears – all against the backdrop of the 2016 presidential campaign. The documentary is beautifully presented, with a pulsating soundtrack and eye-catching (if slightly repetitive) visuals to accompany Reich’s thesis: U.S. taxpayer money disproportionately flows into the hands of corporate America, which has in turn used its ill-gotten gains to lobby politicians to create favourable regulations that sustain the vicious cycle. But Mr Reich ends up pulling his punches. He’s good at describing the mote in his political rivals’ eyes, but doesn’t do enough to explain the beam in his own, aka his failure to reform the system when he had the chance. He also offers frustratingly little in the way of practical and helpful answers, other than a vague exhortation to rise up and be more political. Too white-washed and mealy-mouthed to be a game changing doc, but still a thought-provoker. And to be fair, I haven’t read the book, which may be more bold – I will try to get hold of a copy. 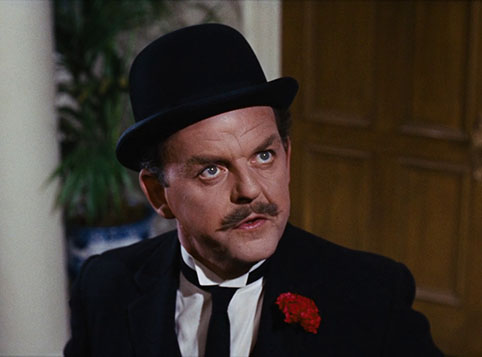 ALRIGHT, ALRIGHT, ALRIGHT…I know this isn’t really a financial film at its core, but hear me out. I watched it every day for several months when I was 6 – no mean feat, considering it was 139 minutes long. I was told not that long ago that Mary Poppins is a left-wing parable, which I think is highly debatable. After all, Mary Poppins is pretty authoritarian and Mrs Banks is portrayed not as a brave suffragette but a ditzy political incompetent whose feminism takes her away from her family. But to say this is a good old-fashioned Disney film with wicked tunes and lovely Julie Andrews, it has some remarkably subversive ideas, daring to poke fun at the banking sector just as the 1960s were getting underway and suggesting that status, money and authority can never make you as happy as flying a kite (although some of the sequences make me wonder if the creators were also as high as a kite). And Michael’s resistance to give his precious tuppence over to the bank, I think, makes him a proto-millennial – he’s essentially reluctant to hand over his cash to an industry which can’t always explain the good it does! Financial bods, take note…

What’s your favourite financial film? Let me know in the comments below…