I was on Radio 4’s Womans Hour this morning talking about how the pandemic has been having a destructive effect on young women’s finances alongside the brilliant Selina Flavius, author of Black Girl Finance: Let’s Talk Money. Young women, and in particular young black, Asian and ethic minority women, have been affected the most by the economic fall-out from Covid-19. It comes as we’re already facing not just an earnings gap with men, but a real shortfall in our savings, pensions and investments too. So what can we do to get things on track and secure our futures?

The Womens Budget Group has found that by October 2020, around 1.5 million young women had lost income since the pandemic began, and 69% of young women who were claiming Universal Credit since March were doing so for the first time – and that was before the second and third lockdowns.

It’s down to various factors. A third of all young women are employed in shutdown sectors like hospitality, leisure, tourism and the beauty industry – these are frontline, people-facing jobs, quite unlike those of white collar professionals who can work from home.

This could really harm their long-term prospects because we know that time spent out of the labour market as a young person can have a really scarring effect. It can become more and more difficult to get back in, and even if you do, you’re likely to have to start again at the bottom.

It’s also sobering to learn that 69% of young women claiming Universal Credit since March 2020 reported they had done so for the first time. Long periods spent out of work and on benefits means less capacity to save and to contribute to a pension, and you may have to go further into debt just to survive.

The truth is that you can do all the batch-cooking and budgeting in the world, but it’s very hard, if not impossible, to make up for lost earnings in your finances and big gaps in your pensions contributions. 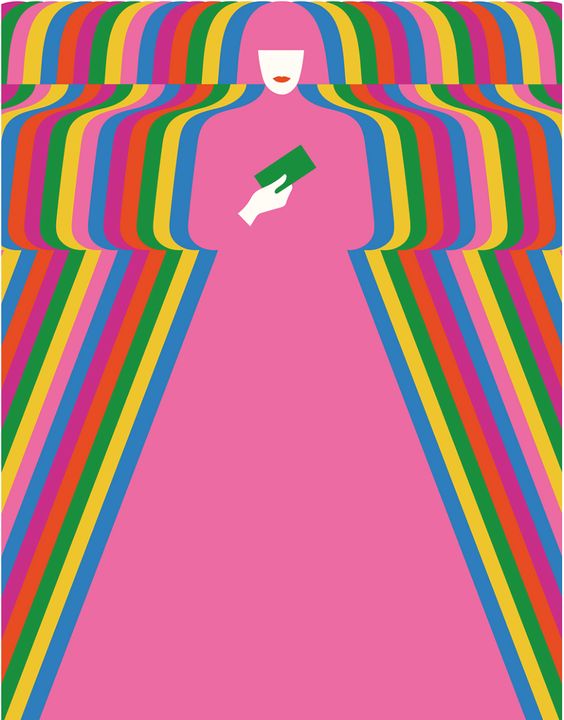 We tend to focus a lot on the gender earnings gap, even if the reasons for it are very complex and it’s not uniform across the labour market. Still, even prior to the coronavirus outbreak and ensuing labour market shock, the pay  gap was 32.8 per cent for the 18-21 age group and 19 per cent for the 22-29 age group.

But we seem to be less aware of the other big financial inequalities:  the saving gap, the pension gap, the investment gap. And these aren’t just caused by lower incomes, though that obviously that can be a massive component. They’re also caused by a confidence and knowledge gap, which can take hold at a young age.

Many of us never received financial education, we didn’t talk about it in a healthy, informed way in our families and peer groups, and there can be a big wall of shame around money. But for women there is another dimension: gendered assumptions and learning.

How often did your parents speak to you about money when you’re growing up? In 2018, a survey of 500 children by HSBC found that 64 per cent of boys had received a talk from their parents about money but only 54 per cent of girls, and that parents were 17 per cent more likely to report sons as ‘intelligent with money’ compared with daughters.

Another piece of research from Starling Bank found that in women’s magazines, two-thirds of articles about money diagnosed women as excessive spenders and prescribed spending restraint rather than the option of investing. In contrast, 70 per cent of men’s magazine articles portrayed money-making as a masculine ideal and investing as an exciting frontier.

This gets to the heart of the infuriating gender divide in finance between household finances, which are seen much more as the woman’s domain, the image we have of women keeping a tight grip on the purse strings, and ‘big money’ – investing, pensions, the stock markets, venture capital – is seen as blokes’ stuff. The way it’s discussed and promoted appeals to a sense of exaggerated masculinity that doesn’t just alienate women, but sensible men too. Just look at the Bitcoin bros willy-waving about their monthly returns online. Inclusive it ain’t.

It also fits into a wider social and psychological narrative that men are innately more risk-taking than women—though some recent research challenges this and suggests that attitudes to risk are more likely learned. Whatever the explanation, the fact is that far more women than men tend to put their hard-earned savings into the ultra-safe and these days ultra-low return cash Isa – 1.2 million more in 2015-16, according to the most recent data available? Stocks and shares Isas have a far better long-term track record of delivering returns, and wealth, and they tend to be the option most favoured by men.

By contrast, one survey found only 13 per cent of women professing a good knowledge of investments and the stock exchange. It’s this lack of confidence puts women off investment and drives them into those low-return savings accounts. And we know that £1 invested in the average account 10 years ago would now be worth only 87p, after inflation. In contrast, that same pound put into the FTSE 250 – the stock market index of large and middle-sized UK companies –  would now be worth £2.53.

We have to consider the possibility that some of these gender gaps are partly inevitable, partly self-inflicted. Women may choose to take time out of work, to take lower paid jobs, to let their partners take care of the finances. This isn’t always some patriarchal conspiracy but women making their own choices based on their own circumstances.

Ripping out the faulty mental wiring

And the time comes when women have to stop letting their past define them. We tend to internalise this social message from childhood that you are either good or bad with money.

So if your backstory hasn’t included many – or any – real financial female role models, or you’ve always felt inferior to and excluded from male-only financial discussions in your life, no wonder long-term saving and investing won’t be your ‘thing’. That’s when we fail to take advantage of the same opportunities, tools and information as men, even when they are presented in a perfectly accessible way. Only you can rip out your faulty mental wiring and put in place the self-confidence and belief that will make investing happen.

Because – and here’s the irony – if you do start investing, you may well do better than the blokes. Repeated studies have shown that among those that invest, women consistently outperform men, earning returns anywhere from 0.94 per cent to 1.8 per cent higher – that’s a big gap over the long-term.

And yet women hold just £14.3 billion in investments – just under half the £29.3 billion held by men, with 4.4 per cent of millennial women holding an investment product compared with 7.3 per cent of men. In Generation X its 9.6 per cent versus 16.1 per cent. It all adds up to something like a £15 billion gender investment gap in the UK.

So lets move this ‘gap’ conversation beyond the nuts and bolts of pay packets, important as that is, and start talking more about the wealth gap, because it tells us so much, not just about how much money women have but what they do with it and why. I fantasize about the government and the wealth industry using public information campaigns to open up a national conversation aimed at increasing female awareness of and engagement with investment products (call me weird). But I’m not waiting for it happen – I’m going out, finding the info, sharing it with others and encouraging other women to come on board with me (and throw some mouldy fruit at the macho money muttonheads along the way).

The fact is that finance is complex, it’s changing, and without wanting to sound cheesy, we’re all on a journey with it.  But surely that’s what makes it so important, so empowering and so fascinating. Understanding your personal finances, particularly the power of your long-term savings and investing, is what’s going to unlock doors and give you opportunities – and freedom – in the future. If that’s not a keystone feminist issue, I don’t know what is.