Amid the Brexit Chronicles and frenzied reports about Hurricane Irma, an article in one of the newspapers at the weekend caught my eye. It covered new research from the University of Portsmouth on the traits needed to be a successful individual with the headline: “Holding belief in a higher power could be the key to flourishing in life”.

And the article’s first paragraph did indeed focus on how “holding religious or spiritual beliefs” may be conducive to thriving. But it was the other traits mentioned in the “definitive list” for living well, drawn up by Dr Daniel Brown, that proved most perspicacious. The article said:

To thrive, a person must be optimistic, spiritual or religious, motivated, proactive, flexible, adaptable, socially competent, have good self-belief and enjoy learning. They also must have opportunity, support from family and colleagues, a calm environment, trust and a high degree of autonomy.

Dr Brown, a sport and exercise scientist, managed to further distill what seems like a very complex state of mind when he told The Daily Telegraph:

Thriving is a word most people would be glad to hear themselves described as, but which science hasn’t really managed to consistently classify and describe until now. It appears to come down to an individual experiencing a sense of development, of getting better at something, and succeeding at mastering something. In the simplest terms, what underpins it is feeling good about life and yourself and being good at something.

So what can we take from this? Firstly, our education system must never lose sight of the basic ingredients that allow young people to get on in life. All educational efforts must be marshaled around finding what every child is good at and giving them space, time, resources and the occasional kick up the backside to ensure they pursue skills to the highest standard.

As someone who knows various music teachers, I have seen firsthand how too many children are brought up in the Jack of All Trades, Master of None school. Even if they have considerable musical talent, artistic prowess, or a flair for public communication, too many are flattened down by a silly array of time-consuming activities or pushed onto a relentless conveyor belt of subjects that will never be truly useful in 21st century life. Children are often made to go through these self-defeating exercises long after it has become evident that they possess neither the zeal nor the capacity for them. It starts out as an understandable attempt to give children a broad education but ends up a misguided thinning out of children’s learning abilities.

It is axiomatic that those who end up with dynamic, mobile and future-proofed careers today are those who acquired certain useful skills at a young age and have used those to their advantage. To be kinda good at quite a few things is no longer enough in an era of inflated degrees, globalisation and free movement of labour (as much as Brexit is predicated on reining that in).

And somewhere along the way, we have also not equipped nearly enough young people (millennials, gen Yers, gen Xers, call them what you will) with the “growth mindset” and autonomous outlook that is key to flourishing today. Yes, there are many positive case studies of young workers striking out, launching game-changing businesses, acquiring new skills and feeling like they have nothing to lose.

And you don’t have to be self-employed to absorb this philosophy (although it does help). We now talk about the “intra-preneurial” employees who don’t want to give up full-time work (or can’t afford to), but at the same time know that they can break new ground within enlightened companies while keeping an eye on other work opportunities available. 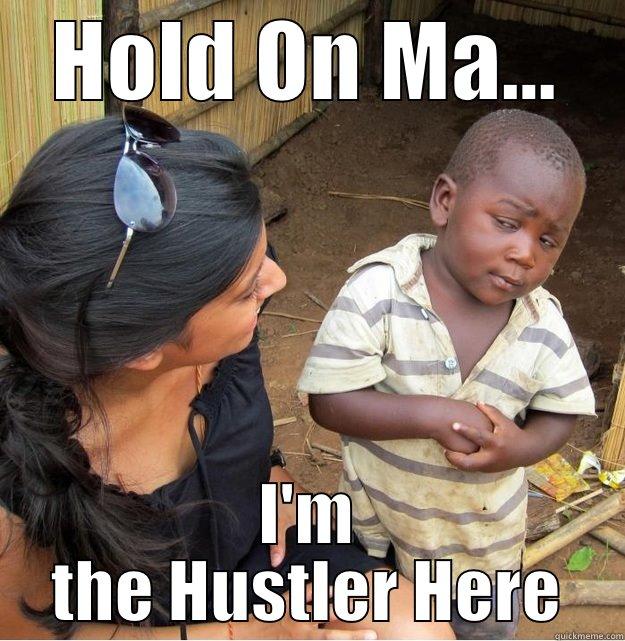 But I also know many young people who are stuck in miserable jobs, oppressed by high-handed management, not sure where they are going and feeling generally hopeless about the future.

Could this be why recent statistics from the NHS show that, while workers are taking fewer sick days, the numbers of people taking time off for psychiatric problems has risen by 14 per cent since 2015?

On the one hand, you might say that the problem of mental illness is becoming more well-known and less stigmatised, with people feeling more comfortable about taking time off for treatment. But you could also argue that this is the tip of the iceberg, with many suppressing or privately treating their problems (often with un-prescribed medicine, like alcohol.)

And the result could be highly damaging “presenteeism”: overworking and under-performing. Research from Vitality, “Britain’s Healthiest Workplace”, found that employees aged 35 years and under are the most likely to be physically inactive (with 35 per cent doing less than 150 minutes of exercise a week), eat the least fruit and vegetables and smoke in higher numbers than you would expect (14 per cent). By comparison, older workers are beacons of mental and physical health.

What’s more, high stress levels are taking their toll on both employees and employers. BHW said:

Increased work pressures and stagnant wages mean employees aged 35 or under report the highest levels of financial concerns. This same age group also loses up to 30 days at work through absence and under-performance due to ill-health, also known as ‘presenteeism’. This translates to workers losing more than an entire working month of productive time annually.

So while Generation Zombie lingers, so will the productivity lag. Satisfying work and a get-up-and-go attitude aren’t the only pre-requisites for thriving. Dr Brown’s magic recipe also included the need to have a calm environment, a sense of progression and opportunity. All of those things are hard if you can only afford a ramshackle house share, you’re struggling to save a deposit needed for a tranquil haven of your own and your salary/career progression have gone precisely nowhere since you started the world of work.

There is only so much individuals can do to maintain a resilient and optimistic attitude if they the odds are stacked against them. Financial education in adult life is obviously a must, even if individuals have to look for it themselves. Workplaces can and should step in, with a genuine remit of helping their employees in the round. Chris Bailey, partner at Mercer, has called for “holistic well-being programmes focused on physical and mental health, financial wellbeing and other associated areas such as social interaction and personal development”, particularly since people could be forced (sorry, encouraged) to work longer by a rising state pension age.

And yet I get the feeling that this corporate nirvana is a long way off indeed.