Generation Jumpy; is fear of politics killing our prosperity?

Have major shocks, like the Brexit vote and Donald Trump’s presidential victory last year, caused us all to batten down the hatches and take an unduly fearful approach to the future?

That’s what some investment experts have been asking following a year in which populist revolts have confounded everyone but have yet to produce any real depression in markets, with only a severe sterling rout proving to be the main downside of this political unrest…

I attended an intriguing round-table in the City last week where economists and fund managers debated whether the New Norm should give existing investors justifiable cause for concern – and whether those considering investing for the first time should be freaked out by what’s going on.

The event, hosted by Kames Capital, naturally talked up the advantages of being heavily invested right now. In fact, the racier the better, according to Stephen Jones, chief investment officer at KC. His advice is to be “invested as much as possible” while cash remained a “wasting asset” thanks to a slightly weird combo of low interest rates and rising inflation.

But then he would say that, wouldn’t he – because he’s basically pimping out funds here, right? So how can we trust that the experts are right about this? We journos and bloggers always have to bear in mind that such events are designed to drum up demand for certain sectors, funds and indeed investing generally. You’ll very seldom hear a fund manager weave anything less than a magically convincing narrative about why their fund is perfect for you right now.

So yes, all this upbeat talk about investing has the potential to be a very good marketing exercise for fund management, because all that positive self-belief can obviously turn into a self-fulfilling prophecy. We saw before Brexit that talking down economic prospects in the event of a Leave vote not only played badly with the electorate but was seen as harmful to the economy in excessive doses.

However, I was already persuaded before attending that ANYONE with a degree of disposable income who has already saved up enough into an accessible emergency kitty (please don’t forget to do this!) should take a deep breath and invest some of their cash for a while in pursuit of a better return. Indeed, if they don’t, they could regret it.

I know it’s hard when the future seems so uncertain. But one thing that (most) fund managers & economists seem to be agreeing on right now is that inflation is here to stay, because we’ve been in quite a remarkable and prolonged deflationary period since the financial crash which is (finally) coming to an end. This is Not Good News for cash. Even if interest rates go up in this country, which is inevitable following the American Fed rate rises this year, the Bank of England isn’t acting just yet and there can be no guarantee or even likelihood that the actual rates offered on your cash, in or out of a tax-free vehicle, will be enough to keep up with inflation.

So while that’s obvious, the way to combat it through investing is anything but. The current consensus is that the party is over for high-yielding stocks (i.e. those paying a blockbuster dividend), which have really sustained investors in recent times, and bonds will no longer be the safe space they used to be, as their prices fall and their yields no longer look attractive in the face of rising inflation AND interest rates. So what does that mean? It may seem counter-intuitive but perhaps a greater stake in equities may save the day.

Of course, what’s suggested here is not in any way preordained to happen. The dangers of basing future predictions on recent past events are natural but ultimately foolish for anyone getting into the investment game. And that principle works both ways. You can be complacent about probable outcomes and not be sufficiently prepped for the big shock, but you can also be too expectant of events that still remain highly unlikely. David Roberts, head of fixed income at Kames Capital, summarised this quite neatly when he said we were now primed to look for “Black Swan” events (and if you don’t know what that means, I highly recommend Nassim Nicolas Taleb’s book on the subject, which should take you about 3 months to finish if you’re like me – it’s a dense but very thought-provoking read).

David Roberts said: “The tendency to worry about these events seems to be affecting a particular age and generation, when in reality most things are OK. The problems for investors come when everyone assumes it’s all okay and get too comfortable in markets without factoring in any risks.”

Mr Jones for his part said: “Investors are now factoring in a probability of certain events erupting that are too high and that’s actually the main risk at the moment. Even if those events came through, it wouldn’t pay to be too safe and worrying about them because they are unlikely to disrupt an economic system that is generally well-supported by central banks.” He argued later that Britain had a long history of finding its way out of ” extraordinary pickles”, adding; “Institutions of government are there to step in and provide the voice of reason, regardless of the disruption at the centre of power.”

So how have the managers been breaking things down in their portfolio? David Roberts still favours bonds to offset the risk in equities, aiming for a nominal return of 4.5 per cent based on U.S. economic growth of around 2 per cent going forward. Why the upbeat predictions for America while the Donald is in charge? In short, his bark is worse than his bite. Chris Watling, CEO of Longview Economics, said Trump had already ridden back on outlandish promises about trade protectionism and was surrounded by a very pro-business and characteristically Republican team who held the real levers of power. “History tells us that when you have a republican house and senate, that leads to a period of sustained economic growth.” 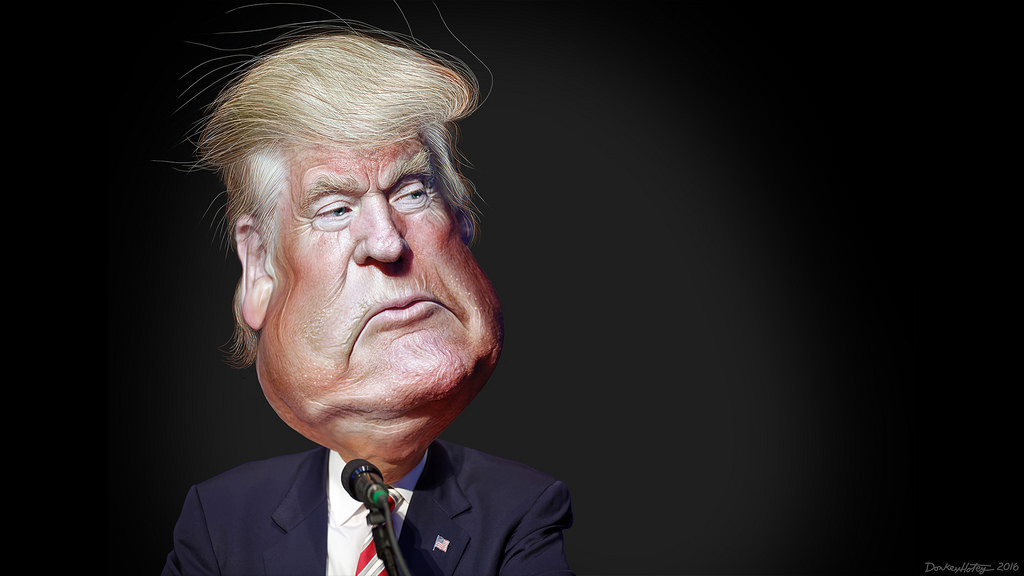 As for the actual types of stock? While not wishing to be in any way prescriptive, you really don’t have to be too defensive, i.e. looking for stocks that will do okay come what may. Mr Roberts is a fan of so-called “cyclical” trades right now – basically shares that are somewhat dependent on good economic sentiment and prospects. Yet again, this feels like you’d be going against the grain, but funds that specialise in, say, discretionary consumer spending or even financials (i.e. banking) may not be such a bad bet, particularly if a manager seems convinced that certain stocks are undervalued. But you need to be careful that you don’t get caught in the downturn, of course!

Ultimately, the best way to hedge against risks in markets is to diversify. You’ll never eliminate completely the possibility that you could lose money, but throwing your weight behind one or two investment stories, however charming they may seem, is definitely ill-advised for the virgin investor. So if you’re starting out in investing for the first time, remember that there are (unfortunately) no hard and fast rules that can be applied to every market scenario. So long as you have your toe in the water, and that you’re making an effort to understand some of the dynamics going on in the markets right now…you’re doing alright. Just hold your nerve!

DISCLAIMER: I am NOT a financial adviser and the information provided here is simply personal, informed and independent commentary based on an event I attended. I ain’t paid to advertise Kames Capital and I would not necessarily invest with them just because I have written about them. My commentary should not be interpreted as a specific recommendation of any particular product, asset class, fund house, manager or investment style, and should you make specific investment decisions based on the information in this article, on your head be it. The value of investments can go up or down, you may not get back what you put in and past performance is no guarantee of the future.