You’d think football clubs were generating enough revenue from lucrative TV rights, hospitality and ticket prices. But they’ve also preying on fans’ loyalty through financial tie-ins, offering us the chance to be entered into prize draws in return for a contribution to the club through special savings and credit cards. But the truth is that these deals don’t really benefit you OR your team. The Young Money Blog investigates…

Man United fans could be heading for a double disappointment if they had financially backed their beloved club to win the Premier League this year.

The superclub is currently fifth in the table with just a few weeks to go before the end of the season, with Jose Mourinho so far failing to work his magic on the club (although the red devils are currently red-hot favourites to win the Europa league).

But had you put your money into a special Manchester United “champions” savings bond with Virgin Money, you’d be feeling doubly sore about Man United’s lacklustre performance. The bond promised to double its rate of interest if the team lifted the trophy this season – lifting the return on YOUR bond to 2.5 per cent.

That would have been the best rate in the savings market by a long shot, even knocking out five year fixed rate bonds, and the savings equivalent of winning the Champions League AND the World Cup at the same time.

Sure, saving into the bond also meant that you got entered into a draw to win lots of club-related goodies, such as match-day tickets, signed shirts and hospitality tickets (with your chances increased if you save that bit more into the account, of course).

But you just cannae rely on your club, either to win titles, provide you with free match-day tickets OR give you the savings kick you really need right now.

Inflation has bubbled up to 2.3 per cent of late, meaning most savings accounts are failing to keep up and are – in actual fact – tapering your money over time. But football accounts get away with paying less-than-stellar rates because they tap into fans’ loyalty. And we all know, either by knowing or being a real supporter, that one’s attachment to the beautiful game bypasses all reason and common sense. 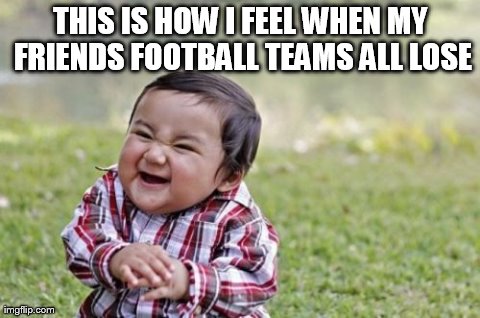 This account is particularly clever because it comes with an element of gambling, part and parcel of the football experience for many supporters these days, and thus people will just take this on the chin. No win, no savings bonus…och well. And after all, you’re doing it to support the club, so with your money going into the coffers, you’re prepared to forgo a higher rate.

But guys, the truth is that saving into a football-related account is a mug’s game. There’s the Old Trafford Fixed Rate Cash Isa at 1.05 per cent – but you can’t withdraw your cash without a penalty and as we’ve seen, there are much better fixed rate bonds on the market now (and forget the Isa tagline, as you’ll benefit from the £1000 personal savings allowance on your dosh anyway).

Then there’s the Man U Red Devil E Saver which does allow you to get out your cash without penalty – but comes with a miserly 0.75 per cent. Red card!

To cap it up all, just as you’re getting poorer (at least on the savings front) your club might not even be getting that much richer from these deals. Man U’s latest accounts show the club’s commercial revenue rose from £137.3m in the last six months of 2015 to £141.1m in the same period last year – a rise of just 2.8 per cent. In total, profits were up 20.8 per cent to £23.6m, but this is mostly thanks to a 25 per cent rise in broadcasting revenue.

Charlotte Nelson, financial expert at Moneyfacts, said the average contribution going from football accounts to the teams is just 0.83 per cent of your balance. So it would be far better to simply open a savings account that pays a decent return (or better still, check out P2P and investing options, but only if you have money you can take a risk on) and just write a cheque to your club. “That way the saver will benefit from a competitive rate and the club will profit from a much larger contribution.”

It would take two years to repay and cost £381 if a repayment of £100 was made each month. Compare this to the Tesco Low APR credit card of 5.9 per cent, where you would save £273 in interest and shave two months off your repayment schedule. So you’d have to decide; either NAIL that balance transfer period or switch to a lower APR to minimise damage.

Here is my guide to getting the best deal on your savings;

Your bank may not reward you for saving. So use comparison sites to check on the best rates. If you want a regular discipline of putting money away, check the rates on ‘regular savings’ accounts, but be sure you can meet the conditions. Beware the short-term headline rate on these accounts – a more consistent rate makes more sense.

Watch out for “bonus” rates – they can come with a catch

If you have a little stash or are hoping for irregular savings, scan the market. But remember the best rates will be padded out with a big bonus that will disappear in a year or so. That means you have to be prepared to switch again.

The bigger the bonus, the more there are likely to be restrictions on withdrawals. So if you might need to get hold of cash at any time, don’t tie yourself down and risk losing your interest if you mess up by making too many withdrawals.

Smaller players will often try to win new customers with top rates. But be sure that their account is available the way you want it – on the internet – and not limited to phone or local branches.

Consider stashing money away for longer

If you are able to put a slice of cash away for a year, check out fixed rate bonds, which pay a higher rate than instant access accounts and restricted withdrawal versions. But be sure you won’t need that sweet dough.

…but do look out for charitable ‘affinity’ products when they’re released, such as Coventry Building Society’s Poppy Bond, which usually pay you a top rate as well as aiding a good cause  – in this case, looking after ex-servicemen.