Environmental, social and governance factors will be the most significant driver of millennials’ interest in investing over the next decade. That was the verdict of a select group of business and financial industry executives polled last week by the Financial Services Club, where I gave a talk on my new book.

But on another question the executives’ response was perhaps a little more surprising. Asked ‘which tool or service will become the most effective at engaging millennial investors’, 35% believed real-life advisers and wealth managers would win out. Of the other options, the votes went 22% for free trading apps and 22% for online influencers, with 11% for robo-advisers and 11% for passive platforms like Vanguard.

The polls were based on a very small sample, but a very focused, high quality one. Financial Services Club is London’s foremost networking organisation for the City of London, and the session was hosted by Professor Michael Manielli, Alderman & Sheriff of London and founder of the Z/Yen Group. I was invited to speak about my new book, OWN IT!, in which I rally the younger generation to engage with their long-term finances.

We have seen a huge rise in the number of young people investing for the first time in the past year. One major platform reported a 275 per cent increase in ISAs opened by 25-to-34-year-olds last spring. At the same time, ESG investing has finally hit the mainstream, with funds like Positive Change proving to be one of the best performers in a turbulent year.

Yes, people aged between 18 and 25 are far more likely to have lost work or income or have got into debt as a result of the pandemic, and only those nearing the end of their careers, particularly women, have experienced a similarly damaging effect on jobs and finances.

But for many particularly older millennials, it has clearly presented some real opportunities. This crisis will be far less damaging to young people who have managed to build some investing experience – and some assets – to cushion themselves.

The main beneficiaries of this young investing boom – besides the young people themselves, hopefully! – have been trading platforms and apps. The more traditional part of the financial industry hasn’t benefitted quite as much. Clearly, the attendees at the FS Club talk on Friday expect this to change: we will have to wait and see. So far, the signs are not very promising, with investment influencers and online communities proving far more adept at engaging young investors.

The crazy world of the Investing Internet

An alternative investing culture seems to have really taken root during this crisis. You only have to look at the online cults attached to Tesla and Bitcoin, as well as the madness surrounding stocks like Gamestop, which rocketed this week thanks to frenzied Redditors.

But all this comes with a serious health warning. In the process of making investing easy, one has to wonder if the go-to apps and platforms have made it too easy. They all-too often create expectations that consistently high returns can be guaranteed.

In their desire to make investing accessible, they paint it as a fun game, and encourage behaviour that feels more like speculative gambling. But investing is really about informed and calculated decision-making, based not just on potential returns but a range of factors, including ESG and ethical ones.

How we can ‘build back better’ 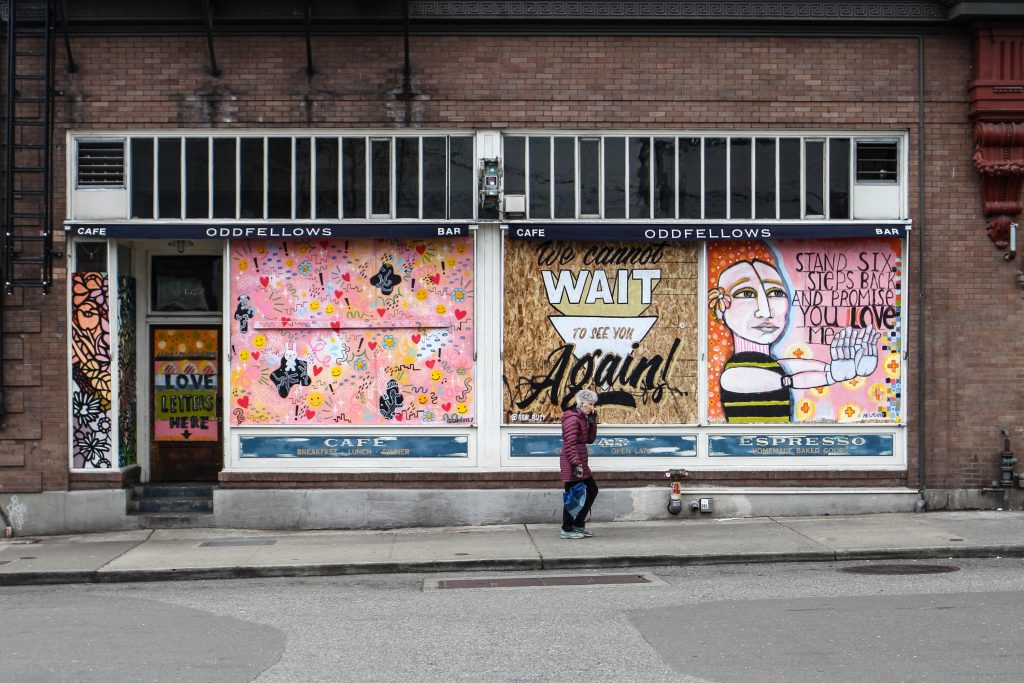 The past year has accelerated trends that are convincing young people that they need to go to the next level with their finances. If that means more of us are engaging with our pensions and long-term investing, then it doesn’t take a genius to see how that will have major ramifications for business and the economy in the future.

I suggested that if we are to rebuild trust in our capitalist economy, which while flawed is still probably the best system that we’ve got, we have to renew our shareholder culture. And young people can play a vital role in that process, particularly as investors in pension schemes and more broadly shareholders who increasingly support ESG as a fundamental principle and want to see companies behave in a more socially responsible way.

In other words, if we want to build back better, we’ve got to put our money where our mouth is.

You can catch up on the webinar below: