How much are young people borrowing during COVID-19?

So NOW we know what happens when you lock down pretty much the entire consumer economy: GDP and spending plummets, while debt repayments and saving soars. Figures from the Bank of England earlier this month showed that people paid off debt worth a whopping £7.4bn in April, including £5bn on their credit cards. That’s more than double the previous record from March, when we collectively paid off £2.4bn.

To put this in context, normally folks pay off around £300m on their credit cards each month. So even though we’ve still got about £64bn left, we have in the space of two months paid off more credit than we did over the past two years. At the same time, we saved £16.2bn in April, compared to the usual £5bn a month typically saved at the end of 2019 and start of 2020.

Woah. Sure, it’s a grim experiment that few would want to repeat under the same conditions. And this won’t be welcomed by businesses who want us to get out and spend, spend, spend as lockdown eases. But in the meantime, we have just found a brutally effective way of making the nation pay back more of what they owe. For many borrowers, it has been an overdue wake-up call.

But what about young people? How much does this trend affect them? Well, the Bank of England doesn’t provide an age breakdown for its stats. And what’s really striking is that there’s a big difference in borrowing habits between millennials (aged roughly between 25 and 40) and their younger counterparts, gen Z (aged between 18 and 25). 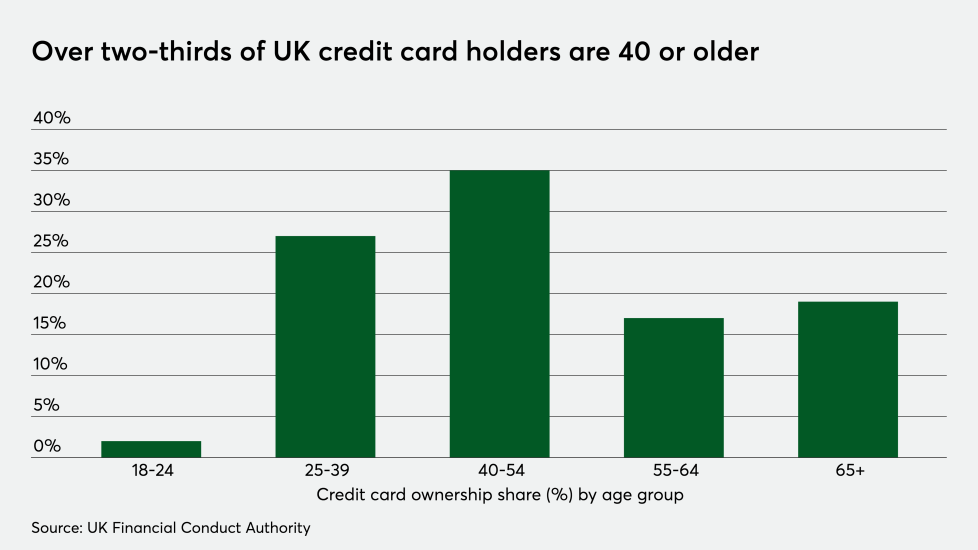 So the youngest people out there are largely unaffected by Britain’s great debt pay down. That’s also because they are the least able to take advantage. In essence, young people spend way more of their income on basics than older people, who can put more of their discretionary income towards debt repayments and savings while in lockdown.

As the Office for National Statistics says:

“In households where the reference person is under 30 years old, 58% of the weekly budget goes on essentials and 19% on goods and services that have been unavailable during lockdown. On the other hand, older households where the reference person is aged between 65 and 74 years spend far less of their budget on essentials (43%) and considerably more (29%) on activities that have been prevented.

“While evidence suggests that both the youngest and oldest workers have been hit by furloughing and job losses, younger households are less likely to have enough savings to cover a loss of income and less likely to be able to cut back on spending.” 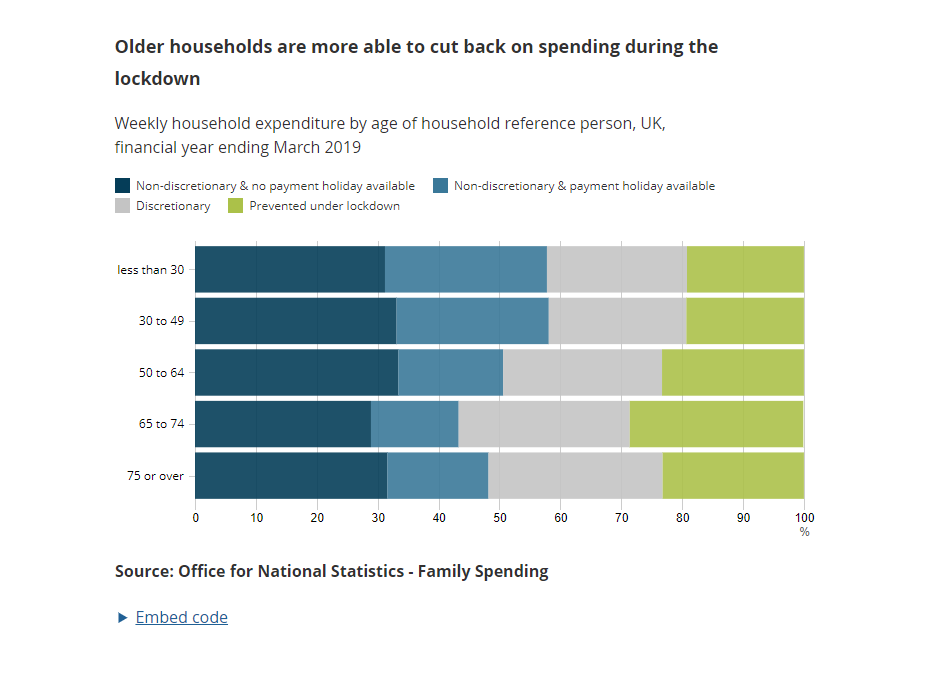 So the picture for young people is a lot more complicated – and sadly not as positive – as the headline figures suggest. There is one piece of good news, however, and that relates to overdrafts.

We know that young people (and we’re talking about the 18 – 25 year olds here) are the biggest users of authorised overdrafts in the UK. They were all set to be hit by changes to overdraft charging that would have seen their borrowing costs rise typically to about 40%.

In fact…the all-in cost of overdraft borrowing actually FELL by 15 percentage points in one month, as lenders cancelled fees and kept rates low. So the effective rate on overdrafts including fees was just 10.93% in April, making them one of the best-value debt products in the UK. By contrast, credit card costs rose by 13 percentage points to 18.54%.

I haven’t been able to find definitive statistics on how many young people have seized on cheaper overdrafts to get through this crisis. We can only go on self-reported surveys from the likes of AJ Bell/Opinium and IPSOS Mori, which tell us slightly contradictory things.

But I suspect self-reported data like that can’t be entirely trusted for two reasons. Firstly, it’s seems at odds with what the official data shows us about lower credit approvals during this crisis and minimal credit card borrowing among the youngest in normal times. Secondly, and more importantly, these surveys don’t separate out gen Z from millennials, bunching all young people together in the 18 – 34 year old camp.

Whereas millennials grew up in the boom years, Gen Z’s childhood (when your attitudes towards money are formulated) was defined by the crash, followed by austerity and sluggish recovery in the wake of the Brexit referendum. They watched their parents struggle and will now themselves experience the Corona Crash. They won’t able to rely on the bank of Mum and Dad in the same way that a significant number of millennials did.

Eliza goes on to say that 18 – 25 year olds are not as ashamed of their debt as older people (even millennials) are, boasting of their “fat” Klarna bills on social media. They are more entrepreneurial than millennials, selling clothes on Debop and becoming micro-influencers generating revenue from sponsored posts, but save less and spend more – particularly online, which makes up their whole world.

Keep thinking I’m saving money in lockdown and then I remember my FAT klarna bill :/

The truth is that debt keeps evolving to meet the new needs and desires of each generation. Payday loans emerged as the big danger debt for millennials at the start of their working lives, with companies like Wonga combining clever marketing, convenient technology, smaller parcels of upfront cash compared to loans and fewer strings attached compared to credit cards. Now that payday lenders are being regulated into irrelevance, BNPL is stepping in as the alternative lender of choice. But most surveys and data don’t even seem to acknowledging this, let alone try to accurately measure its impact.

While that’s the case, we can’t know for certain how young people – whether they’re zoomers or millennials – are borrowing their way through this crisis. But we can at least agree that Britain’s debt debt repayment bonanza is a phenomenon mostly restricted to older people. While some young people have been able to race ahead financially, many more will still need help from their banks to avoid falling behind – and turning to BNPL with potentially disastrous consequences.

That’s why it was good to hear from the Financial Conduct Authority today that overdraft customers can apply for £500 interest-free credit for three further months until October. Banks will also be “mandated to agree repayment plans” with customers depending on payment freezes. This may not have been entirely surprising – it feels like we are a long way from leaving lockdown fully – but it will come as a relief to Britain’s young borrowers who simply aren’t enjoying the kind of luxurious lockdown that’s been giving the internet the giggles this week…

The awkward lessons of my not-quite luxury lockdown https://t.co/ncke1XsiWX