The lowdown on contactless spending and borrowing

The latest data from UK Finance, the country’s main banking body, shows everyday spending is in rude health, despite anguished analysis about what might happen with Brexit on 31st October. But credit card balances may well be shrinking as more people pay off their debts. So what’s going on with our finances right now? What does the rise of contactless tell us about our spending? And how much are we REALLY borrowing on credit ahead of that much-discussed Brexit deadline on Halloween?

I appeared on BBC News today to discuss what this all means for consumers and I’ve condensed it all into this handy Q’n’A so you’re completely up-to-date with what’s REALLY happening in your (e)wallet. Read on and learn!

Why are we spending more when everything looks so uncertain at the moment?

It seems that ongoing speculation about Brexit has not dampened consumers’ spending appetite TOO much. Over the summer, the number of credit and debit card transactions in the UK rose by 5.7 per cent compared to a year ago, with overall spending levels also up (1.4 per cent for debit cards and 6.4 per cent for credit cards).

The main reason? The enthusiastic promotion and take-up of contactless cards, which has made spending a lot faster and easier. Contactless transactions are up about 18 per cent from a year ago, and now account for half of all debit card purchases in the UK. It seems even macro-economic uncertainty can’t hold back the tide of contactless tech and its ability to make shopping more convenient than ever before.

What’s behind the rise in contactless spending? 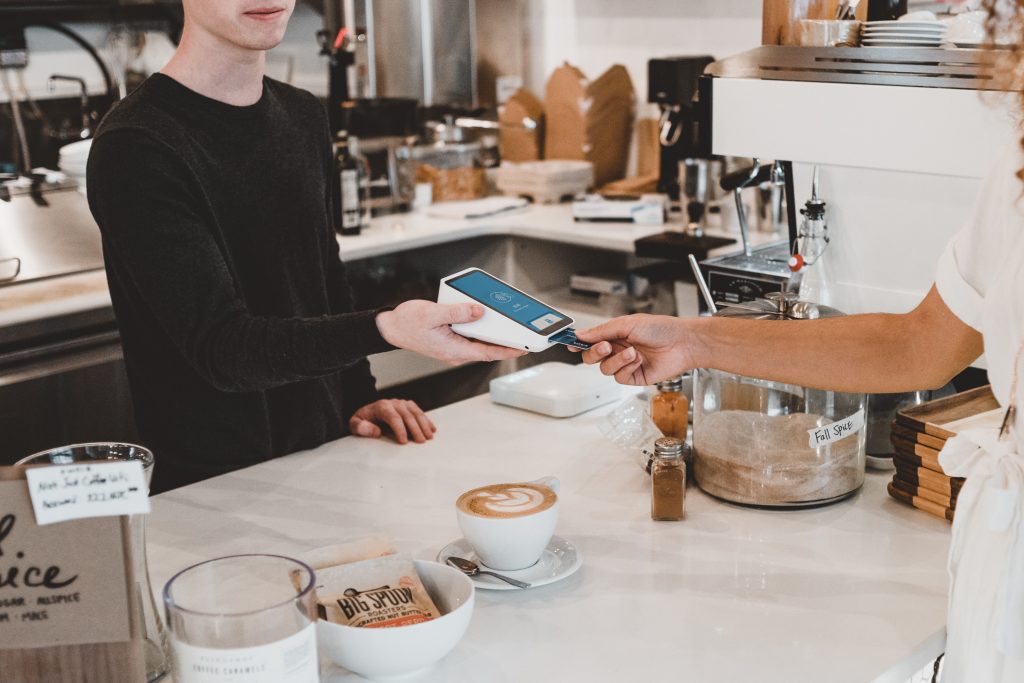 Contactless cards have become increasingly popular since the first was introduced by Barclays in 2007. There are around 766 million contactless cards in the UK today, with debit cards set to overtake cash as our favoured payment method by the end of this year. Contactless spending has also spread beyond cards to e-wallets on our smartphones and smartwatches via providers like Apple Pay.

Shoppers have got used to ‘swipe and go’ spending, with most debit and credit cards now offering this function. Indeed, Payments UK said this phenomenon was being driven by the “continued roll-out of contactless cards and card acceptance devices, but also by consumers becoming increasingly comfortable and familiar with making contactless payments”. It also found a marked generational difference in how we pay, with 60 per cent of millennials using contactless payments compared to only 40 per cent of those aged over 65.

Contactless transactions are also being accepted by more and more retailers, with some – such as British Airways flight hospitality – shunning cash altogether. Recently, James Frost of payment processing firm Worldpay highlighted how contactless spending is moving beyond the realms of light everyday purchases into big money territory:

And some experts believe even contactless cards could become a quaint relic. Payments made from smartphones and smartwatches via digital wallets have risen by 326 per cent in just a year, with 126 million transactions made this way in the UK in 2017. 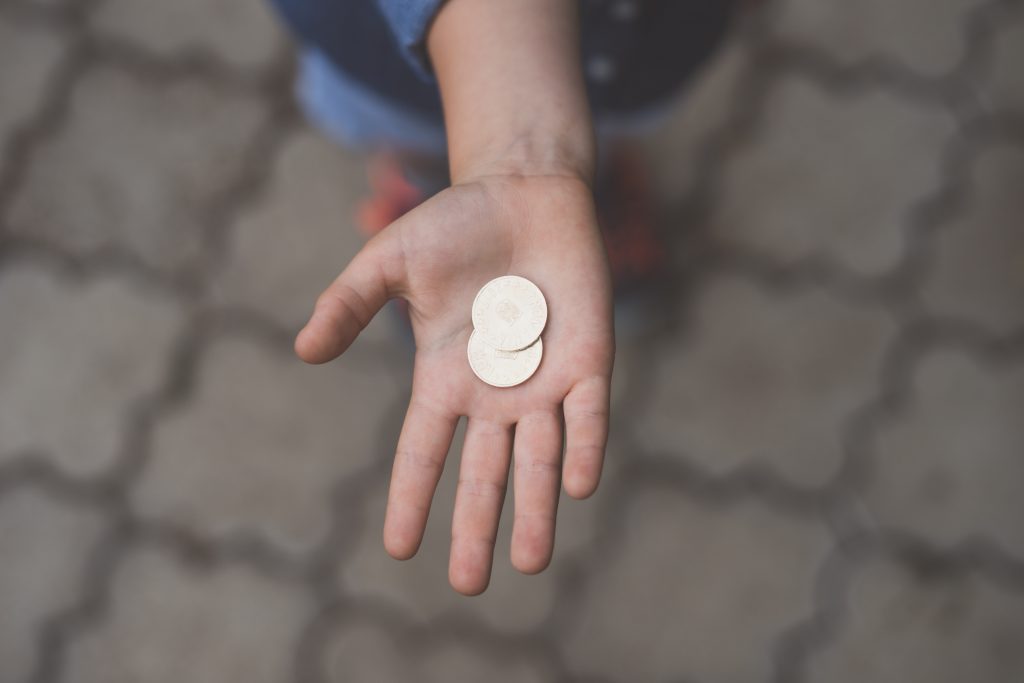 Well, cash is certainly in decline – but far from dead. Earlier this year, the UK government was forced to back-pedal on plans mooted by former chancellor Philip Hammond to scrap copper coins after a sharp backlash from charities and consumers. The Treasury reckons that six in ten low-value pennies are only used once before being saved at home or thrown away, adding:

“From an economic perspective, having large numbers of denominations that are not in demand, saved by the public, or in long-term storage at cash processors rather than used in circulation does not contribute to an efficient or cost-effective cash cycle.”

But charities warned the move would hasten inflation and harm donations to charity. Britain’s penny-saving culture has been valued at more than £1.5 billion. Research from price comparison website GoCompare found that 35.7 million people regularly stash money away in piggy banks or coin jars, building up average savings of £43.70. This compares to 26.9 million people who put money in bank or building society accounts, with most people more likely to use a coin jar as a money-growing vehicle than a stocks and shares ISA or personal pension.

Having said that, coin processing firms hold more of our 1p and 2p coins than ever before, with the Government and Royal Mint producing more than 500 million 1p and 2p coins to replace those falling out of circulation. And the number of cash transactions in the UK economy is falling, from 62 per cent in 2006 to about 40 per cent last year. According to UK Payments, cash will be used for just 21 per cent of transactions by 2026

What are the downsides of contactless spending? 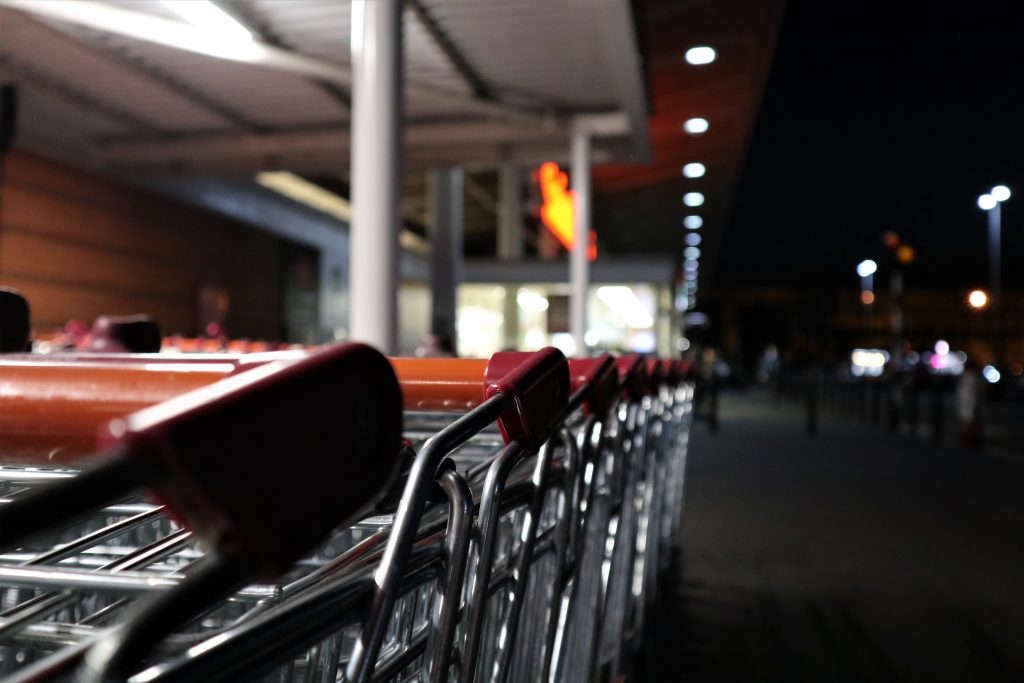 Security has long been a major worry associated with contactless spending. Most contactless terminals will limit your spending to £30 but more than half now allow Apple Pay customers to make purchases of any amount. Figures from UK Finance show the amount lost to contactless fraud has doubled, from £2.9m in the first six months of 2016 to £5.6m in the same period of 2017, although this is only a tiny percentage of all contactless spending.

Some scammers are believed to use illegal software to silently “read” contactless card details in public places. But there have been no confirmed reports of money being stolen from a contactless card still in its owner’s possession, with fraud cases mainly relating to stolen cards.

By contrast, digital wallets may be a safer alternative, as smartphones and watches require a hard-to-crack password or thumb print to enable access.

Another fear about contactless spending is that consumers may be losing touch with the cost of everyday items.

For instance, in a recent survey by credit service Noddle, shoppers typically only gave accurate prices for three out of ten products when asked. Respondents struggled most with the price of a double pint of semi-skimmed milk, a tin of baked beans and a dozen eggs. The items most likely to be priced correctly were a box of teabags, premium lager and a takeaway burger.

And what about credit cards?

While credit card spending looks healthy, the annual growth rate of outstanding balances slowed once again in July to 3.7 per cent, down from the most recent peak of 8.3 per cent at the start of 2018. In other words, people seem to be paying off their credit cards more. UK Finance says this is because more consumers are “managing their finances effectively overall” but it could also be down to interest rates.

The cost of credit cards has risen to its highest level in 13 years. The average annual percentage rate – or APR – on a credit card in September hit 24.7 per cent according to research firm Moneyfacts, making it the most expensive month for credit card borrowing since the company started tracking this data in 2006. The most competitive deals have now become the exclusive preserve of top-rated borrowers, with lower interest-free periods and higher rates for everybody else. Moneyfacts put this down to an ultra-cautious attitude among lenders who fear that household finances could be easily upset by economic turmoil.

What should I do if I’m a borrower?

Take this as a sign to try and clear your balance, or at least move it to an interest-free alternative. If you’re currently only making minimum repayments, try to adjust your expenditure so you can pay off more each month. Come up with an affordable repayment plan, ideally within an interest-free period, to avoid being stung by these higher rates. Even if the Bank of England base rate doesn’t move anytime soon – and there are signs it may even do down – it’s very unlikely that credit card borrowing will become cheaper anytime soon.

What do you think? Is this a case of “calm before the storm”? Or will you carry on spending and borrowing as usual, whatever happens? Let me know – tweet me @ionayoungmoney or leave a comment below.