How can we get our children saving?

If you could only teach children one thing…what would it be? It’s a tough question – but research suggests that if there’s one key lesson parents can’t afford to neglect, it’s the importance of saving.

As founder of the Young Money Blog, I’m trying to get the next generation thinking about their long-term finances. But most youngsters haven’t even mastered the basics, let alone started saving for the future.

Yet according to the Money and Pensions Service (MAPS, previously known as the Money Advice Service), only a third of parents talk to their children about money and 60% of pupils never learn about it in the classroom(2). Financial education may be a requirement on secondary school curricula today, but money is too often “squeezed out of crammed timetables”, according to experts who wrote to the Department for Education recently(3). It’s no surprise, then, that around 10 million people in the UK have no savings at all and 37% of 18-24-year-olds are already in debt(4).

But there’s good news. Parents can do a huge amount to teach their children the basics of money – especially saving. In fact, 77% of young people participating in MAPS research said they found their parents’ financial advice the most helpful. Plus, financially literate children are not only less likely to overspend and borrow: they’re also more likely to save, see bills as less of a burden and become “financially satisfied” adults, according to MAPS(5). So how can you kick-start your child’s savings habit? I’ve spoken to some experts and compiled my own suggestions to help you pass on this vital life skill.

The sooner you can start, the better 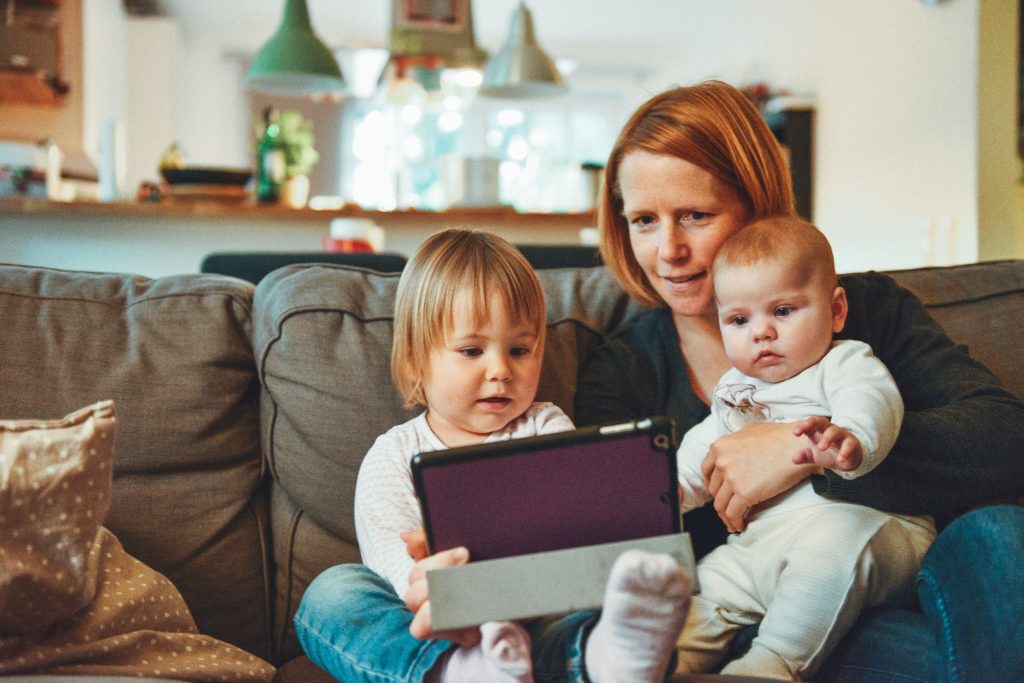 Research conducted by MoneySense(6) shows that 61% of parents who don’t discuss money with their children feel they are too young. But the truth is that your children start learning about money much sooner that you think: MAPS says that children’s financial habits are formed by the age of 7, with kids grasping basic money concepts as early as 3(7). And certain financial behaviour, like saving, will likely become second nature by the age of 15 – but only if it’s taught.

This is confirmed by research from the Chicago Booth School of Business, which found that children’s economic choices are shaped by their parent’s savings tendencies, either through “direct learning or simply being in the same environment”(8). In other words, your children are destined to follow your example – so set a positive one. Set up a direct debit into an easy access account if you haven’t already. Make sure you have emergency savings as well as longer-term funds and be open with your children about how much you put away.

Money grows in banks – not on trees 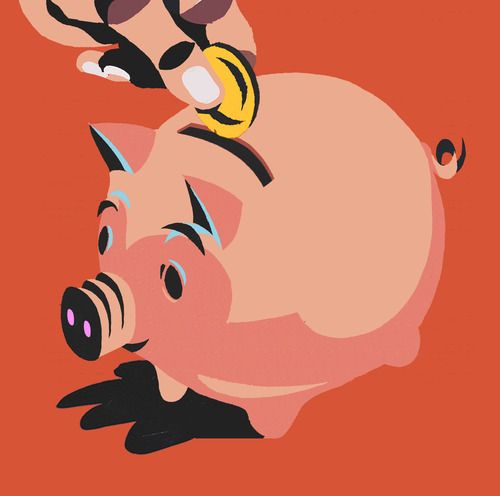 One of the most important concepts that children need to grasp is the value of money – where it comes from, how it’s earned and what things cost.

The trick is to find “teachable moments”, such as when you experience pester power. “Make a list before you go out shopping,” says Sarah Poretta, Strategy and Insights Director at MAPS. “This way you are getting your children actively involved in money discussions and they can learn the importance of sticking to a budget when out and about.

“It’s important they know the difference between needs and wants. Just make sure you explain why – take this as an opportunity to teach them that we have money for certain items, but not always for sweets or toys.”

It’s all too easy for children to assume that, in an increasingly digital world, the shops are the source of all your funds, says Michael Mercieca CEO of personal finance charity Young Money. “Showing your child your payslip and explaining what you had to do to find employment can also be helpful.”

MoneySense found that the biggest spending influence on children, after friends, is found in the form of influencers, TV advertising and gaming. It’s yet another reason why children need to keep their screen-time in check. Schedule regular breaks and talk to your kids about the nature of online spending and advertising today. Ask your kids to write down the simple pleasures they really love and remind them of that list whenever temptation strikes. The idea that young children often prefer the wrapping to the present(9) may well be true after all! 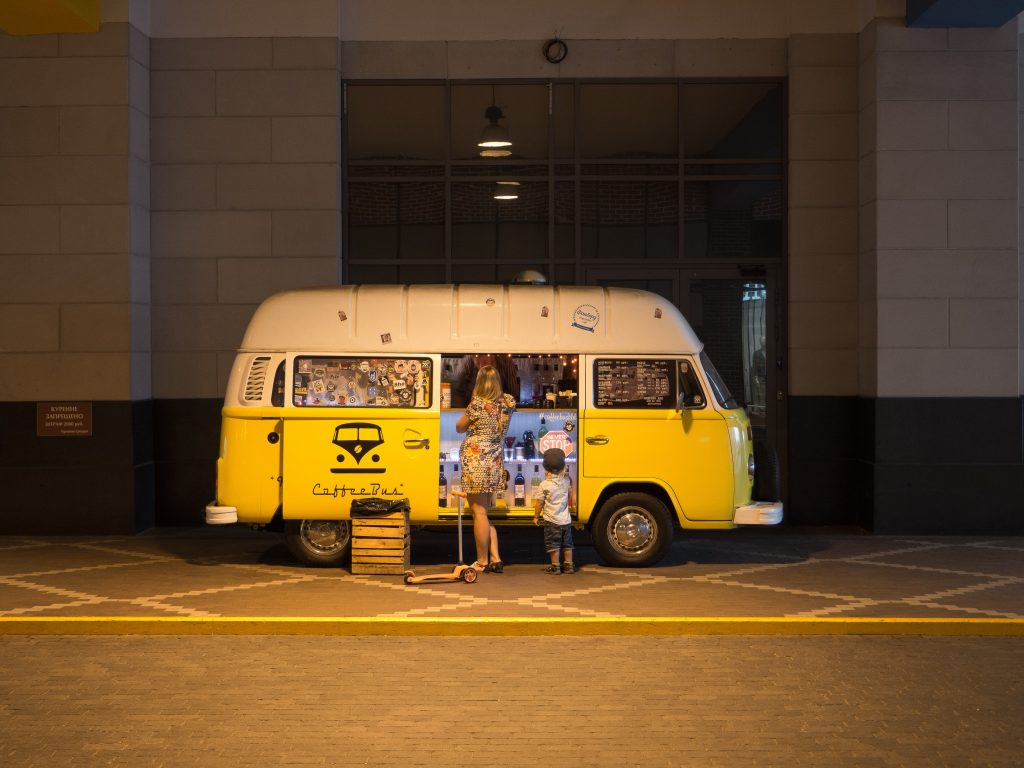 MoneySense also found that more than half (53.2%) of parents struggle to get their children interested in financial ideas. That’s why it’s crucial to keep money lessons fun but also suitable for your child’s age and stage. Why not set up a shop for younger kids and add price tags to show the cost of everyday goods? Get them handling coins and understanding how all the different denominations add up. Give them a small allowance as a treat so they learn how to save up and buy what they want. You could even encourage them to pop their spare change in a see-through jar. Once it’s filled up, ask them to count it and sort it into money bags, then take them to deposit it in their bank account so they begin to make the connection between physical and digital money.

If you’re in a position to give it, you could also consider giving kids aged between 8 and 12 pocket money, perhaps in exchange for household tasks like dusting or tidying. At this point, they should be regularly using their savings account, so encourage them to save at least 10% of their pocket money: you could even offer a small percentage of interest for every £1 saved as an incentive. It can quickly add up, after all: the personal finance charity MyBnk calculate that if your child started saving £4.50 a week, around half the average pocket money, from the age of 7 at 3% AER, they would have £1,955 in the bank by the time they were 15.

“Why not set up a shop for younger kids and add price tags to show the cost of everyday goods? Get them handling coins and understanding how all the different denominations add up”

Ultimately, when it comes to saving, the key is to remember this: it doesn’t take long to form a habit, and children will soak up the savings message, if taught well, far better than adults. So start small – but start now.

This blog was originally published on RBS.com as part of Talk Money Week 2019.