Following the news that the FCA will now regulate the Buy Now Pay Later sector, Iona looks at why this decision was inevitable, and wonders how this form of insta-credit can possibly survive the new rules coming its way…

Today we had the news that surprised no-one. The British financial watchdog – aka the Financial Conduct Authority has said it will now regulate buy now, pay later. It follows a review by Christopher Woolard who expressed concern about “significant potential consumer harm”.

This decision will mean that young customers shopping online who choose buy now, pay later at the checkout will face affordability checks, whilst any vulnerable consumers who end up in trouble with BNPL will have to be treated more compassionately by the lenders. And anyone who is unhappy about their experience will be able to complain to the Financial Ombudsman.

The writing on the wall

The argument put forward by firms like Klarna and Clearpay that they are payment services never really washed, which is why today’s decision was no surprise to those of us who have been watching this sector – particularly through the pandemic with bored young people more likely to be tempted by insta-credit.

The writing has been on the wall for buy now, pay later ever since the FCA took over regulation of the consumer credit market in 2014. That led to significant reforms of payday lenders which put most of them out of business. We may not expect such a dramatic drop-off in buy now, pay later but I do wonder how the business model of these lenders will survive the onslaught of these new rules. 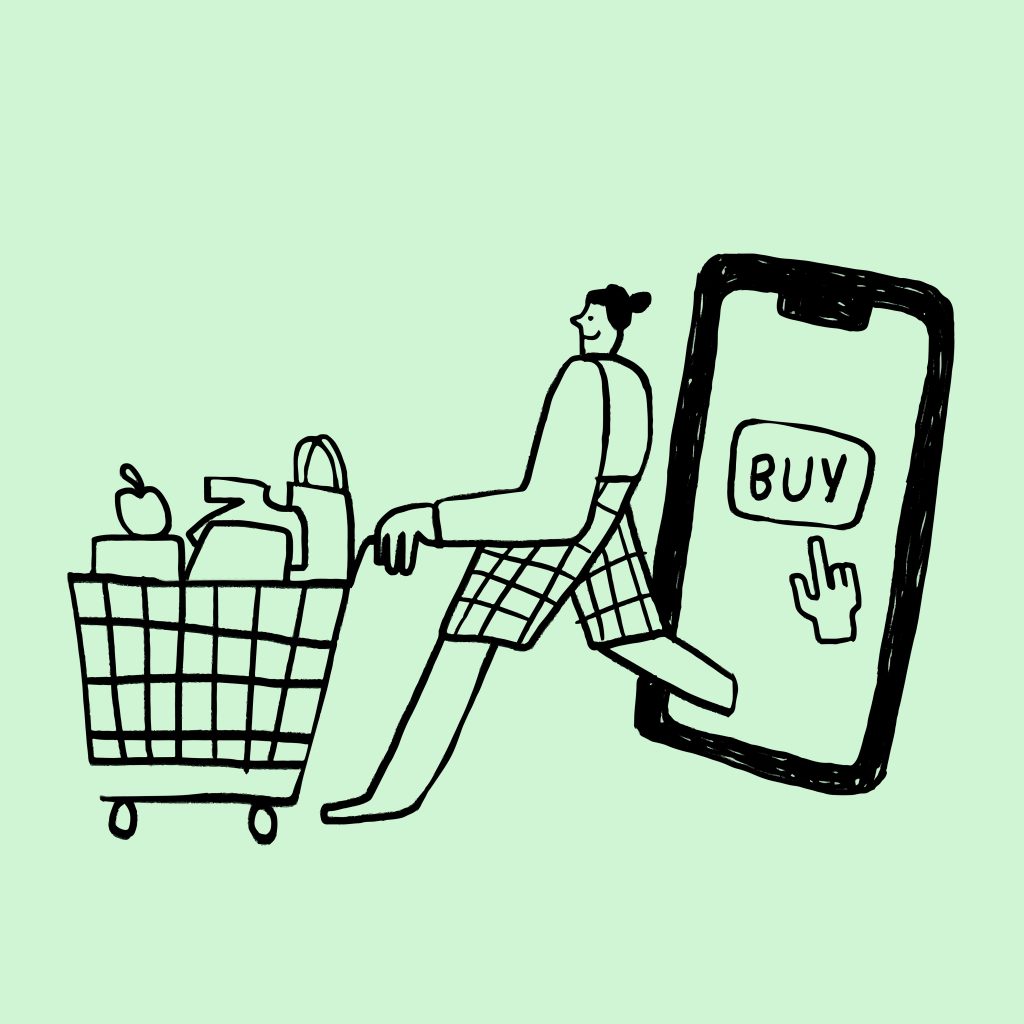 For instance, most ‘high street’ retailers offer at least one if not several BNPL options at their online checkout. The whole appeal of these services, certainly for the retailers, is that it is meant to incentivise people to click that ‘buy’ button by making the decision far easier. No funds? No problem? Just tick the box and away we go.

The reason why shoppers are charged zero or minimal fees on many BNPL schemes (when used correctly) is that the BNPL firms earn a commission from the retailer on every sale. The retailer, meanwhile, values BNPL as a way of stopping what they call ‘cart abandon’ – i.e. the dawning of common sense as the shopper realises they don’t have enough money to pay for what may have become a fantasy wish list.

BNPL allows the fantasy to happen for shoppers by giving them an easy way to defer the real cost, as well as promising an easier life for serial returners who over-order clothes online.

But that fantasy disappears as soon as the credit provider is required to ask lots of rigorous questions about your income, your job status and your borrowing history – if this is what an affordability assessment will look like, and anything less would surely be ineffective?

This puts a big obstacle in the way. Carts will be abandoned left right and centre as shoppers wake up to the commitment that is taking out credit. What they might have once thought of as a cost-free magic wand suddenly becomes an onerous headache.

Can the BNPL business model survive?

So, if BNPL forms are to be squeezed at the checkout by the affordability assessment AND prevented from coming down hard on late payers, how are they going to make their money?

The reforms may well create a situation where the only people using BNPL are those with decent, stable incomes and healthy credit scores who already have the option of using their credit cards.

But how many young people fit into that camp? Some 75% of BNPL users are under the age of 35 and 25% are between 18 and 25. Young people do not have the credit track record that will help them get easy approval under a serious affordability assessment.

Finally, there is the issue of reputation management. Payday lenders quickly became the bogeymen of the financial industry and as time wore on they became universally loathed. Once this reputation sticks, it’s very hard to shift.

BNPL can employ top PR agencies, but any story of customer mistreatment, however small, is liable to blown up into a big issue. While this may not immediately affect the youngest shoppers who are attracted to BNPL – after all, they’re paying little attention to mainstream media coverage on this issue – it may be only a matter of time.

Some people use BNPL correctly and really feel the benefit. It’s certainly not the same as payday lending, which was far more opportunistic and predatory. It’s good to have innovation in the consumer credit market and I would be glad to see expensive overdrafts and credit cards being meaningfully challenged and disrupted. The question is: can a balance be struck so that BNPL remains viable for savvy borrowers but is genuinely out-of-reach for those who could be seriously harmed by it?

Right now the most common response on social media to BNPL misadventures is 😂 – only shoppers aren’t crying with joy, but crying with amused resignation. Gen Z are not ashamed of this lifestyle, rather they are happy to laugh about it because they believe it’s inevitable. Young people are perfectly aware that debt isn’t a good idea, but when high living/housing costs sit alongside ubiquitous debt, starting straightaway when you go to university, you learn to accept it rather than condemn it. 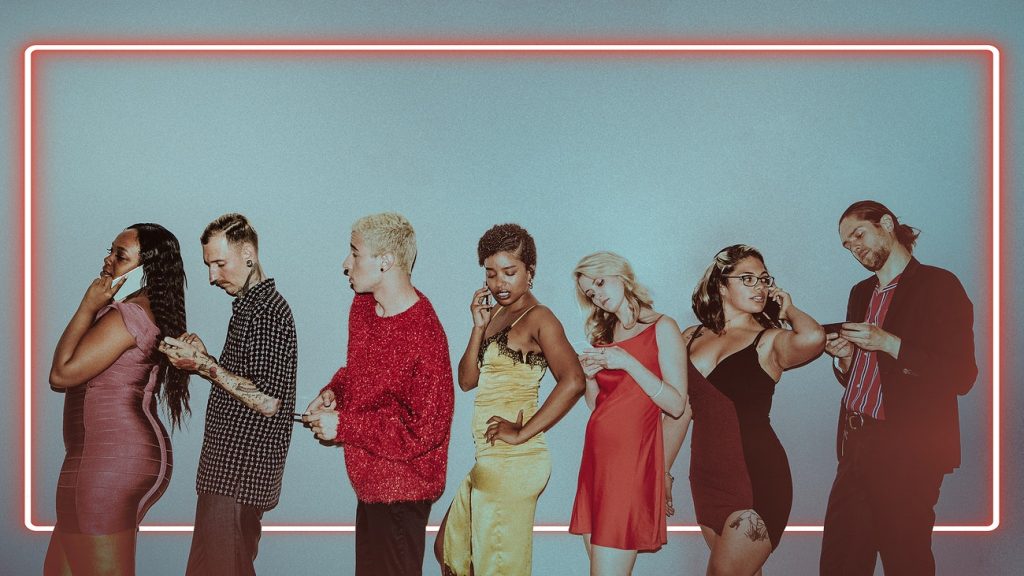 When your whole world is online, you also become detached from the real value of money. Phones and apps are now designed not only to be the most convenient option available but practically indispensable if we want a functional life in the 21st century (especially in harsh lockdown conditions). Technology has progressed to the point where shopping and taking out credit is as simple as tapping some buttons. Tools like auto-filled card forms and one-click purchases effectively tip the daily balance against us and in favour of influencers, retailers, advertisers and subscription services. To put it simply, we have lost control, and we as individuals have to find a way to get it back, even if that requires a lot of self-work.

It remains to be seen how the BNPL sector will respond, and whether they will have a strategy to get round the new regime. In the meantime, all of us – friends, teachers, parents – have to help young people become more financially literate. That doesn’t just mean explaining what credit is, but explaining why it exists, why retailers like it, why they want and need us to spend money and why we’re the ones who have to remain in the driving seat if we want to be balanced and secure.

Hectoring young people about overspending and debt won’t work: we should give them the facts, and leave them to make up their own minds.