End the phoney generation war! Let’s help each other instead

Don’t let the hoary old debate about inter-generational fairness get you down – or lead you down a blind alley. Here’s why we need to end the blame game and take a more productive approach

Britain appears to be a peaceful and harmonious society, right? Wrong. In case you hadn’t noticed, we are in the midst of a new cold war (no, not the one over the Atlantic…)

New battle lines are opening up, right here UK on soil. The dispute is not between races, religions, communities or political factions. It’s not happening on the streets, but unfolding on our televisions, in our newspapers and on our radios. It is not so much civil as civilised unrest, with an intellectual façade that belies its tawdry and unedifying nature.

It’s the inter-generational war. And the sooner it is over, the better – if anybody ever really believed in it in the first place.

I have been trying to end this battle myself over the past SIX years, but in vain. I first started writing about this concept way back in 2012. But the idea just won’t die. When I first wrote this piece in 2014, the most infuriating dispatch in this phoney conflict came to me via LBC radio (of course) as I was driving in my car.

I was told, quite confidently, that the government’s economic priorities are being skewed well and truly towards the older generation. Why? Because David Cameron has promised to protect the value of pensions against corrosive inflation in a so-called “triple lock”, thus guaranteeing votes from older, more active voters come election day.

LBC presenter Emma Bartlett said most young people probably won’t enjoy the same benefits that their parents will have – free bus passes, free TV licenses – presumably because the welfare pot will have been so heavily raided by short-termist politicians, no money will be left to help us when we eventually retire. Right off the bat, any thoughtful listener would question such a prediction without any supporting evidence.

But the argument continued. Those same young people who are suffering the most right now may be the ones who have to “pay” for the retirement of those who’ve had it all, thanks to huge gains on property, cushy welfare, gold-plated pensions. Older people who’ve borne the brunt of Q.E. and low interest rates would have reason to take issue with that statement. And what form this one-sided distribution would take remains unclear (higher taxes? less spending on young people, whatever that means?)

The detail doesn’t really matter. We should be rising up like Peter Finch in the classic movie Network. Surely we should be mad, and not able to take it anymore? 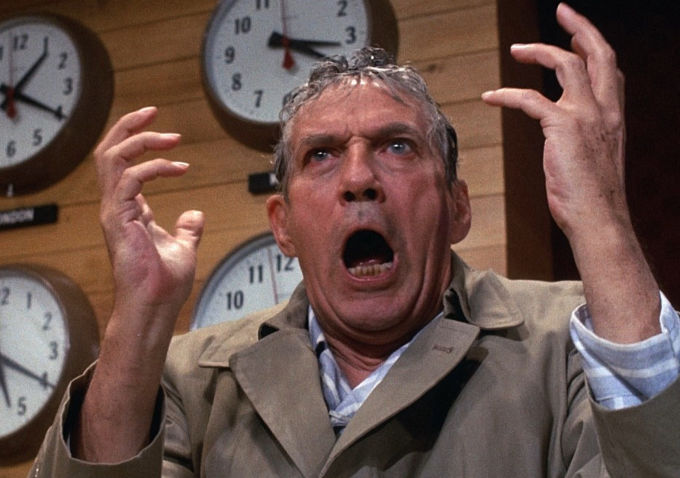 Mind you, the 40 somethings will be joining us! Back in 2014 when I first examined this concept in detail, Sarah Vine (columnist for the Daily Mail and wife of Michael Gove) joined the fray by saying it was HER generation that was hard done by, struggling in two income households to pay off never-ending mortgages while the baby-boomers laugh all the way to the bank. She does graciously acknowledge the pickle us young folks are in, but her column is symptomatic of a bitter mentality against those who led a so-called “charmed life”.

Does all this mean that we have to get out and vote for another party that truly represents ‘young people’s interests’? And presumably, so this flawed rationale dictates, any decisions made for our benefit must also be at the expense of older people?

If that sounds both impossible and undesirable to anyone (and it should do), there’s good news – you don’t have to base your election loyalty on pensions. To do so would, in fact, be a foolish mistake. No party has the silver bullet for our pension woes. We’re all living longer, we will have to save more and the government does not have endless funds for anything anymore after funds were pushed to breaking point in recent years. The Conservatives, Labour, the Liberal Democrats, the Monster Raving Loony Party – none of them, no matter what they say, will magically alter the economic balance in our favour so we have jam today and jam tomorrow.

Fortunately for all of us, state pensions will always matter to politicians, as it is one of the few areas of life over which they have any meaningful control. That means we should all benefit from the heated political climate that ensures pensions remains a time-honoured shibboleth (if we don’t die before pension age, of course – fingers crossed on that front).

However, the state pension age has and always will be a rather limited form of intervention. We simply cannot rely on state pensions to stay the same as they always have been, as proven by the government’s recent admission that it will raise the state pension age for those born between 1970 and 1978. Whether you believe we are really getting older (and some don’t) or you if think baby-boomers have simply got away Scot free without paying the same costs of austerity as younger people, it won’t help to sit on our hands and moan that we should be confiscating the OAP bus passes to even up the balance.

Do not get me wrong. I do not, under any circumstances, subscribe to Russell Brand’s philosophy (for want of a better word) that there is no reason to vote, as all parties will act the same. But we should not be muddled in what we communicate to those in power. How can we get anyone to listen to us if we do not know what we really want and how we want to get it? Suggesting that the protection of pensions ain’t worthwhile is a dangerous game to play unless you have a meaningful programme of alternative improvements in mind – ones that actually require the reallocation of precious funds currently being spent on the likes of the Winter Fuel Allowance. 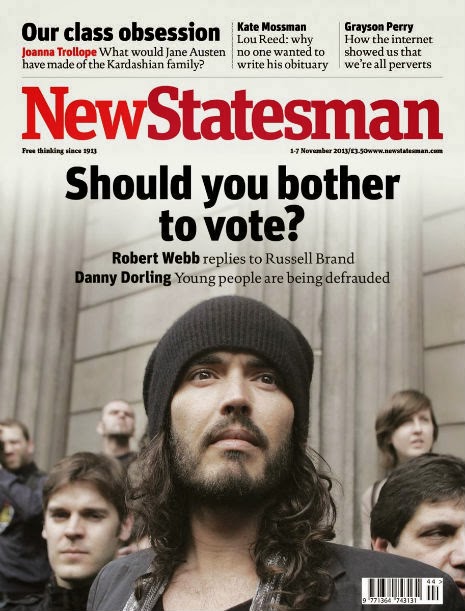 Personally, I believe it is the toxic housing situation, as well as the moral paucity in corporations which drive down tax receipts and the quality of workers’ lives, which needs serious political consideration. We need to pick our battles more astutely.

This debate does not have to become fraught with politics, based on false choices between “us” and “them”. Nobody has some privileged insight into the future. To speak about the economic situation for us 40 years hence based purely on the dominant themes today – diminishing welfare resources, hard choices, intergenerational fairness – is presumptuous in the extreme. Who knows where we’ll all be, both in body and spirit, in another 40 – 50 years time?

In the meantime, let’s do all we can to counteract the insipid negativity surrounding young people’s future. Not that long ago, a poll by the Princes Trust found that three quarters of a million in the younger age group potentially feel “they have nothing to live for”. No wonder, when young people are told their destinies stand or fall on the smallest decisions made by politicians today. Find my previous blog about the need for positivity here.

I have been asked on several occasions to pose as an angry young person who is bitter about the older generation on TV and radio since I started my blog, but I’ve declined. I believe that would both misrepresent my generation and send out the wrong message about the kind of attitudes necessary for survival. I was even approached by a think-tank to spearhead a campaign to allocate more spending for young people, which would necessitate the sacrifice of so-called “optional” benefits for the old.

I first wrote about the intergen war way back in 2012. The whole idea was unhelpful and false then, but at least it was new and interesting. Now, it’s old and boring. Let’s hope that, just as our generation finds cold war politics of the 1960s strange and foreign, our own children will look back with surprise and distaste that anyone engaged in such useless resentment.