Are we really the “Peter Pan” generation?

It’s official – we’re the Peter Pan generation, according to the mainstream consensus. Stuck in expensive rented accommodation or forced to check into the B & B of Mum & Dad, more and more of us are delaying the traditional milestones of adulthood like marriage and having children. Instead, we’re playing Pokemon Go on our phones, going on delayed gap years and even having adult sleepovers (if reports from the US are to be believed…)

The average age at which we buy a home has been pushed from 30 in 1996 to 33 in 2016, according to the English Housing Survey. This means fewer twenty somethings are making plans for the future, preferring to spend whatever we earn (however little it is) on pleasurable experiences and living for today. In other words, we’re prioritising Mojitos over mortgages.

But is the feckless image of “millennials” (if that ridiculous generalisation should really exist) entirely fair? Firstly, the notion that we are one homogenous group with identikit aspirations, income and backgrounds is, of course, balderdash if you think about it for more than a nanosecond. Catch-all terms like “millennial” and “generation y” tend to be shaped and defined by marketers (not least the financial sector) when they can persuade a demographic that they have all have the same problems, desires and personality traits.

For instance, I see a huge number of press releases ping into my inbox trying to persuade me that millennials are investing in all sorts of glamourous enterprises or cutting-edge financial products…however noble or impressive these may be, something tells me that this only concerns a small minority of savvy and informed people who already have their feet under the table.

While railing against generalisations, my experience tells me that the majority of young people are still very much at first base with their budgeting, saving and all-round relationship with money, and this illiteracy can last well into our thirties (and even forties).

So the lingering question brought about by the Peter Pan debate is this; at one point SHOULD this generation stop living for today and start thinking more about the long-term? It could be argued that the shift from pure hedonism to longer-term purpose is probably the single biggest trigger for people getting serious with their money. Whether it’s starting a family, saving for a dream trip or starting a business, there does come a point where we all have to have some insurance against NOT dying tomorrow, as it becomes more apparent that most of us will live to a ripe old age and have some long-term upkeep to consider, whether it’s a mortgage or a little person we’ve created.

However, it’s important to recognise that we have a psychological need to get things out of our system. Research has suggested that the adult brain might not be fully mature until the age of 25 and hyper-activity in our striatum, an area stimulated by instant rewards, continues well into our twenties. 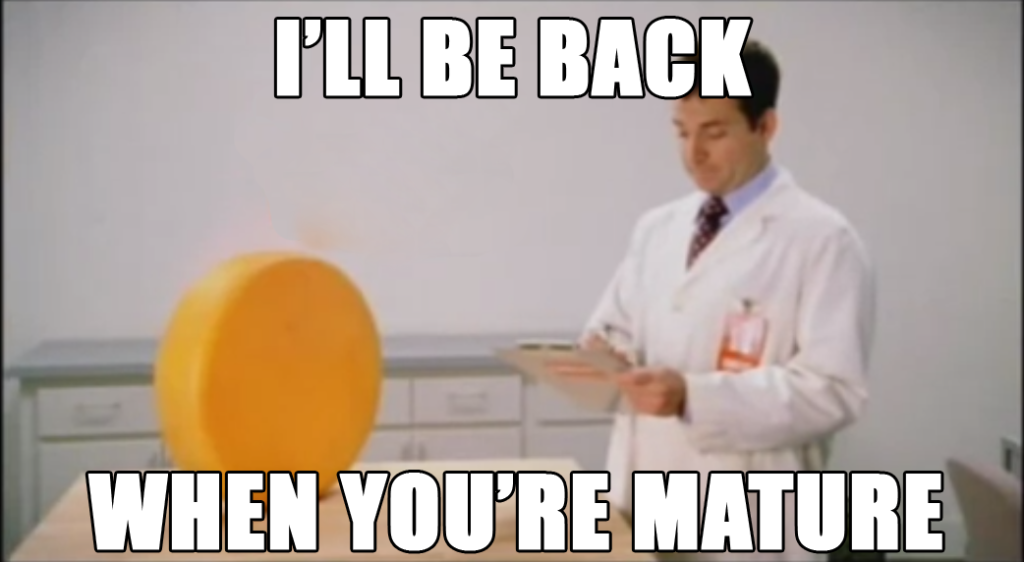 So if you’re in your twenties and still feel like a kid, that’s because you are (no offence). Scientists have dubbed this form of neural flexibility a form of “kidulthood” and it’s nothing to be ashamed of. Rather than trying to prematurely halt your desire to seek out novel situations and pleasure, some scientists now think we should let nature take its course. As Professor Beatriz Luna from the Pittsburgh School of Medicine puts it: “When the environmental demands are those that require you become a responsible adult, meaning you have a lot of responsibilities to take over, that might be signalling the brain to stop a certain type of plasticity because now you really need stability and reliability. Having the freedom to play a bit longer in life might be a good thing.”

Working through your need for instant rewards is vital if you’re going to make a success out of your finances in the long-term. The Marshmallow experiments conducted by Stanford University in the late sixties and early seventies found that young children who could resist a juicy treat in order to get two later on were healthier, wealthier and happier once they grew up. Delaying gratification, according to the Stanford boffs, was the key to managing your practical and emotional life well. Guinness has helped popularise the phrase “Good things come to those who wait” and never has a truer word been spoken about long-term financial savviness.

Unfortunately, it can seem like our patience is being stretched far enough by a lack of affordable housing, punishing rents, flat-lining wages and commutes that would cause Mother Theresa to have a meltdown. When faced with such unfavourable economic headwinds, the temptation is to make it rain and enjoy whatever income you have without the added sadomasochism of having to save ten per cent each month for very little in return. (Have you SEEN interest rates on savings lately?!)

However, this is the equivalent of kicking yourself while you’re down. (Now that does that sound sadomasochistic…) As lovely and shiny as the leisure economy now seems today thanks to the permanent shop window that is social media, the best thing that young people can do for their long-term wealth AND mental health is to disassociate from our have-it-all culture.

It’s not the message that advertisers, the government, perhaps even your own family and friends will tell you. It is, much of the time, highly beneficial for all those parties that you spend as much as possible (even if its money you don’t really have) on things that are pretty much here today, gone tomorrow. 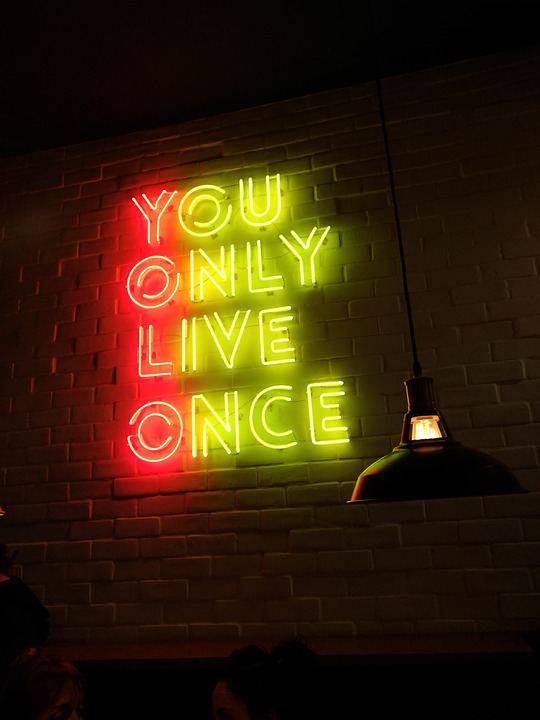 It’s one reason why we hear so much about “experiences” versus “materialism” in the media today. It’s not true to say that the former is an enlightened evolution from the latter. Not only are many of us still indulging in both (unless you are a true “minimalist”), but experiences mean nothing if they’re still a box-ticking exercise, a thought planted in your head by someone else, a brief excursion from an admittedly tough life that could actually be made that little bit better if you held your nerve and looked after yourself a bit more.

I don’t think there is any greater act of self care than looking after one’s finances, and that’s particularly true of women who tend to neglect this area if they get into relationships with even slightly controlling men. To say that you don’t have the capacity to look after your finances, unless you are in absolute poverty or have a specific mental health issue of course, is admitting defeat and exhibiting a lack of confidence that could be so quickly restored by some surprisingly simple steps. And if you feel there are circumstances that stop you getting back in the driving seat (debt, anxiety or depression, the need to provide care), I urge you to seek the right help – you won’t regret it. Links will be at the bottom…

So how do you know if you’re “mature” enough to start looking after your money? The very fact that you’re showing an interest by reading this blog demonstrates that you are certainly “grown-up” enough to make plans for the future, whatever your personal circumstances. You don’t need a fixed goal in mind, although it really helps to save for something specific. The main thing is that saving a little and often will make a huge difference over time. There is plenty of guidance and information on this site and of course, a fantastic introduction to this whole topic is Spare Change, which you can get online at Waterstones.

Just remember that you DON’T have to subscribe to crude clichés about our generation. And take heart from Theodore Roosevelt, who once said: “It is only through labour and painful effort, by grim energy and resolute courage, that we move on to better things.” 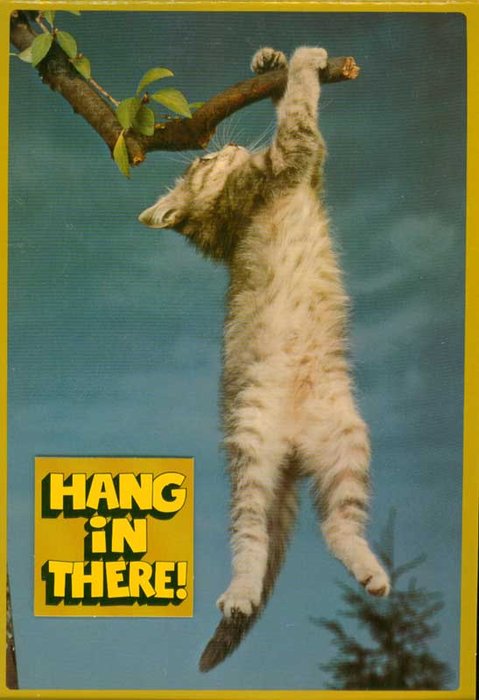 Feel outta control? Check out these excellent resources for help and advice.

Citizens Advice  – good all round lifeline