Our introductory guide to challenger banks for millennials

So you might have heard of challenger banks, but you’re not sure what they do, or even what they are. Don’t worry – we give you the basic lowdown on challenger banks so you can decide if one of them might be right for you

What are challenger banks?

So-called “challenger” banks are newer, smaller banks attempting to shake up the financial mainstream and transform the way we manage our money. Challenger is often used as a catch-all term for any bank that hasn’t been around for that long and doesn’t come with the all baggage associated with the traditional banking sector. So the term may refer to the likes of TSB, technically a revived banking brand, supermarket banks (such as Tesco Bank), banking brands you’ve never heard of (United Trust and Paragon), foreign banks who are just branching out in the UK (Handelsbanken) and newer banks on our high street like Metro Bank and even Santander. However, the term is being increasingly used to refer to online banks and particularly a new wave of digital-only brands that are specifically aimed at younger consumers.

The Prudential Regulatory Authority (PRA) relaxed rules in 2013 to allow new banks to challenge the old banking order and inject much-needed competition into the sector.  Since then, 15 firms have received the green light, with that number bound to rise in 2017. The majority are digital-only brands who are taking advantage of new technology to bypass traditional (and costly) branches in favour of services available purely through smartphones.

Why do we need them?

At present, Britain’s banking sector is dominated by the so-called big four – Lloyds Banking Group, HSBC, Royal Bank of Scotland and Barclays. The banking sector is notoriously un-competitive, with big players capitalising on apathy among their customers and getting away with substandard deals on products like current accounts, savings, credit cards loans and overdrafts. They have ruled the roost because capital requirements (basically the amounts of money reserves that banks need before they can gain banking authorisation) have been highly stringent, making it hard for new competitors to get approval from regulators. Building societies, which are mutuals owned their members, have also been subject to a flurry of takeovers in the past thirty years, with massive consolidation in the sector, so they (arguably) don’t have the same presence and influence in our personal finances as they once did. Also, building societies are often locally based and structurally restricted in how they operate. This doesn’t mean that building societies don’t try to compete with the banks, however, and Nationwide is the most obvious example of a larger building society that very often tries to give the banks a run for their money. But it has become apparent that building societies cannot be the only check on the banks’ monopoly of our money.

So the PRA has now reduced its capital requirements for new banks to make it easier for them to open for business, which (thereotically) should be good news for consumers.

Tandem is a budgeting & savings app which is currently being tested on early adopters. After signing up their existing current account, they will receive tips on how to cut their spending so they can stash cash into a Tandem savings account.

Another entrant to the market – Monzo – is concentrating on developing a full blown current account and payments app, having obtained its banking license in August, while Atom Bank launched in October with an app-only service offering some of the best savings and mortgage accounts out there.

Other digital start-ups in the sector include Starling Bank, Revolut and Loot, which describes itself as a “neo bank” (how very Matrix) with more than £1m worth of transactions taking place through its app within just four months. Broadly speaking, all aim to offer online banking facilities but with cool tools that allow consumers to track their spending and manage their savings better. Some customers may also get access to better savings and mortgages products (like Atom). 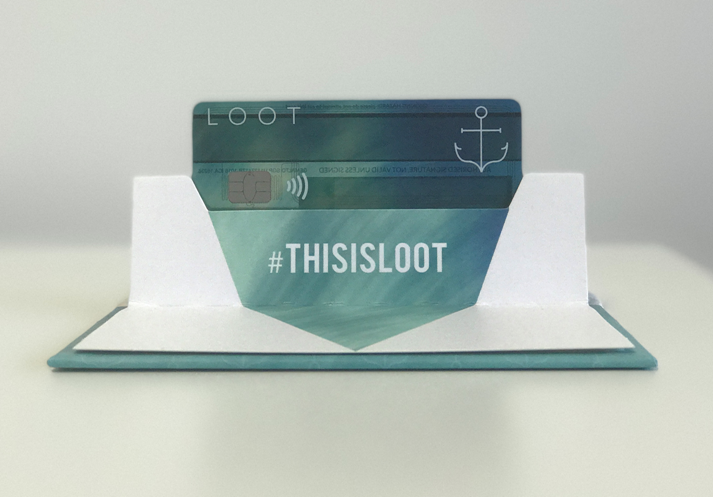 How are they doing?

Monzo alone has 120,000 customers, and research highlights just how much millennials are turning towards digital banking – a market which challenger banks are trying to corner. RFi Group reckons that, in the last 12 months, digital loan applications overtook branch applications for the first time. These figures do include the major banks but there can be no denying the fact that challenger banks have played their part in a 50 per cent rise in mobile banking compared to a year ago.

However, these start-ups may have some way to go before they topple Britain’s banking giants. More than 54 million current accounts are shared between the biggest five banks (Barclays, Royal Bank of Scotland, HSBC, Santander and Lloyds), with recent switching statistics showing hardly any meaningful shift towards challenger banks.

According to payments body Bacs, there was a 3 per cent year-on-year rise in the number of customers switching their current account between January and the end of September last year. Halifax (owned by Lloyds) was the main beneficiary, attracting 47,421 new current account customers with Nationwide gaining 28,253. This was partly in response to Santander announcing that it would slash in-credit interest for its 123 customers in November, though it still reeled in 17,871 current account customers over this period.

The swerve towards challenger brands will be more pronounced this year as quite a few digital banks gained full banking authorisation, launching products that consumers can actually start to use. However, they are (arguably) still a minority interest. Research has found that 61 per cent of the public haven’t even heard of digital-only banks. Daoud Fakhri, principal analyst in retail banking at research firm Verdict Financial, said: “The new generation of mobile-only banks will have its work cut out to achieve a viable scale. Only a small minority of consumers strongly agree that these providers will offer better service, rates, or security than they receive from their existing banks, and well over half would prefer to avoid banks that lack a track record or do not have a high street presence.

“Consumers’ primary criteria when selecting banks include whether the organisations have an established reputation and conveniently located branches. This plays right into the hands of traditional banks and leaves the challengers at a disadvantage.”

Well, we’re not all going gaga over mobile-only banking. According to Verdict Financial, more than half of current accounts opened between 2013 and 2016 were still arranged in-branch. Mr Fakhri said: “Our research finds that, if anything, younger consumers are even more dependent upon branches for day-to-day banking than those in older age groups.”

Challenger banks are also struggling to set themselves apart from traditional banks, which have lavished time and investment on updating their services in recent years. Lloyds Banking Group said that 55 per cent of customer needs in 2015 were met through its website and apps, the first time the figure had passed 50pc, and 91 per cent of RBS and Natwest customers have now registered for online banking.

Do they offer a better deal than the big boys?

In terms of accessibility, usability and decent customer service, the consensus is “yes”.  However, challenger banks are not immune from technical gremlins, with Monzo experiencing a major outage recently, and I have explored how challenger brands in financial services aren’t always getting it right.

It’s a varied picture when it comes to individual products. Customers looking for a better deal on their current account may find challenger banks wanting. Although they have called on regulators to force the whole banking sector to pay compulsory interest on current accounts, none currently pay switching bonuses or in-credit interest to customers.

The exception is Tesco Bank, which offers 3 per cent on current account balances up to £3,000, frozen for the next two years. However, around 20,000 customers saw their current accounts hacked last year, which wasn’t great for a relatively new bank trying to make headway in the current account market.

Challenger banks fare much better when it comes to competitive savings rates, according to Rachel Springall, savings expert at Moneyfacts.co.uk.

She added: “Unfortunately, providers are under increasing pressure to reassess their position in the best buy tables to cope with demand, so anyone looking for a good deal should act fast to grab a competitive rate.” She highlighted the loss of many best buy deals (including those from Shawbrook Bank and Close Brothers Savings) in recent times.

Ms Springall pointed to Atom Bank as offering one of the best rates for a one or two year bond at 1.6 per cent and 1.7 per cent respectively, but they can only manage the account via an app.

United Trust Bank currently has the leading one and two-year bonds, at 1.65pc and 1.8pc respectively, following Atom decision to cut its market-leading fixed rates earlier this year. United Trust’s accounts require a £500 minimum deposit, compared with Atom’s minimum of £50, but can be operated by post or in a branch, as well as online.