A not very Happy New Year? The financial problems & opportunities ahead

It’s only Jan 11th of a New Year and it’s safe to say that if 2021 was on a free trial, we’d have cancelled our subscription by now.

Wishing each other “Happy New Year!” on WhatsApp or Zoom feels particularly hollow at the moment. This new lockdown somehow feels much worse than the previous two because it’s so much darker and colder, we’re all feeling so CBA (can’t be arsed) with it all, and the pandemic has undeniably taken a turn for the worse. Oh, and last week it felt like we were all being forced to watch the season finale not only of Trump’s freaky presidency but of American democracy itself.

But actually, there are reasons if not to be cheerful, then certainly to be hopeful, and yes, that extends to our finances. Hope was the central theme of my Christmas message and it wasn’t just meant as an airy-fairy Instagram caption. It was based on reasoned analysis. None of us know exactly what’s going to happen, but some of the fog has cleared in key respects.

The immediate challenges ahead

Of course, let’s not gloss over the immediate problems ahead. Firstly, for some bizarre reason, the government (or rather the Treasury) has still not found a way to help the three million self-employed people who have been ineligible for financial assistance since Covid-19 hit. Volunteers running the grassroots organisation supporting these workers, #ExcludedUK, have had to receive suicide training.

Young Money made a Christmas donation to this organisation to show solidarity to fellow freelancers completely forgotten in this pandemic. Initially it may have seemed that company directors and the newly self-employed could and would cope with a short period of economic activity. But maintaining that assumption through three lockdowns over a year is perverse, cruel and discriminatory, especially when cheap money is being showered on other parts of the workforce who have to lie low.

A fresh motion to help these people will be put forward in the House of Commons this week – let’s hope it goes somewhere. And it’s worth pointing out that the Scottish government is offering grants worth £2000 through the Newly Self-employed Hardship Fund for the newly-self-employed in Scotland: find out more here.

“The financial news surrounding Covid is starting to feel like Groundhog Day. X scheme or grant is extended for another few weeks, while Y gaps in the provision still haven’t been addressed.”

Secondly, don’t assume that the vast amounts of financial aid on offer mean it’s reaching the people who need it most. Believe it or not, thousands of hospitality businesses are still falling between the cracks of various government packages.

There is a forceful argument that some of the money being spent on the furlough scheme, which pays employees’ salaries in mothballed firms, would be better spent on maintaining a higher level of Universal Credit (which will go down in April). Because if certain jobs and businesses – maybe even industries – really are unviable for the foreseeable future, surely it’s better to let those staff go and support them properly while they find new work?

Still, if you are on furlough (and the research suggests at least a third of young people are), you may be glad just to have some of your income being paid and at least the possibility of a job to return to.

Thirdly, while the government has ostensibly extended the eviction ban, covering most renters for another six weeks, it has also given landlords a new power to evict tenants if they have accrued six months of rental arrears, which can now be backdated to the beginning of the last lockdown (23 March). Previously, landlords could only evict on the basis of nine months of rental arrears, and debt built up in the first lockdown could not be counted. This retrospective rule change could be devastating for young people who lost work and income due to the first lockdown and found themselves struggling to pay the rent over several months.

The financial news surrounding Covid is starting to feel like Groundhog Day. X scheme or grant is extended for another few weeks, while Y gaps in the provision still haven’t been addressed. Whatever help you were able to get last time around, chances are it’s still there for you (though it’s always finding out if there are new regional grants or funds available from Turn 2 Us). And if you were shafted last year, you probably remain shafted now.

To cap it all, Netflix are raising its prices! Time to binge Bridgerton if you haven’t already…

Time for the good news 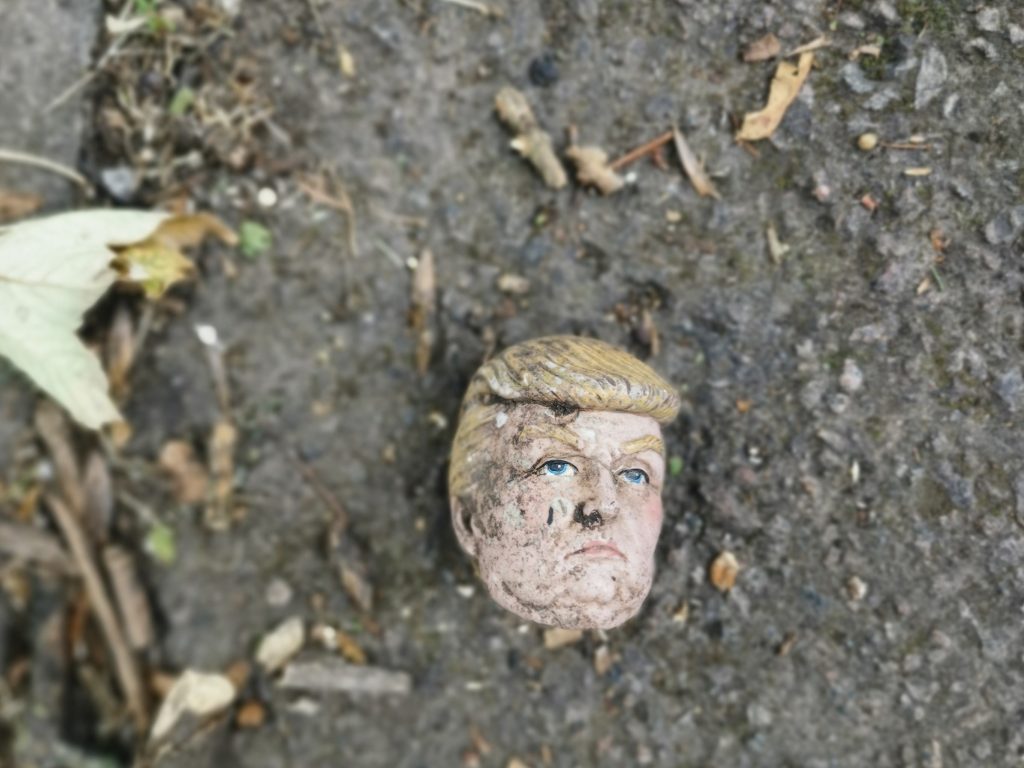 But as we all keep saying at the moment, “on the plus side”…the overall big picture is improving, at least in the medium-term. U.S. politics will shortly become much more chilled out (even quite dozy 👴) with the inauguration of President Biden, if only temporarily.

The uncertainty around Brexit has been resolved, which should give young people’s pensions and investments a boost over the next year: most British investors have a fair bit of exposure to Blighty. While there are reports of border delays and food shortages, this is partly caused by Covid-induced staff shortages and teething problems with paperwork. Given the international backlash to France shutting its border to the UK in December, and the growing problems in European nations with controlling and vaccinating their populations, there will be little longstanding reason (and appetite) for deliberately stymying the flow of goods.

As 2020 wore on, Young Money became more concerned that lockdowns and severe, inhumane restrictions would ultimately cause more harm than good. That even if we could afford them, or they were the only way we could ever manage the pandemic, or they were completely justified in the careful balance of all citizens’ needs – none of which are 100% certain – their fall-out would irrevocably damage relations between the generations. And let’s face it, millennials and boomers were hardly getting on like a house on fire before all this came along!

The notion that we are “all in this together” continues to be severely undermined by tales of young, single people stranded alone in tiny rented bedrooms – not WFH, but WFB (that’s working from bed) or NWAA (not working at all) – while older, more affluent citizens continued to work and earn in spacious houses, building savings and investments, rather enjoying the chance to learn pottery or smoke their own cheese. (Parents of young children and teenagers, you are an honorable exception: we understand what a nightmare home schooling is.)

Now, we have a new, much more transmissible strain of Covid-19, as well as the promise of vaccinations being rolled across the country, and both change the dynamic. It’s clear that hospitals are being overwhelmed, and a much wider group of people are being infected and ending up seriously ill compared to the first wave.

“As 2020 wore on, Young Money became more concerned that lockdowns would ultimately cause more harm than good…and that their fall-out would irrevocably damage relations between the generations”

The simple truth is that we are where we are, and it is what it is. Most of us cherish our frontline NHS staff, exhausted and demoralised, and we don’t want them to suffer. We care deeply about elderly people, many of whom are isolated or been shoved into the care home industrial complex and left to suffer. We know younger people can and do struggle with long Covid – including my mum and my brother. So, we will do our civic duty and stay at home, as the vast majority of us did last time around.

We’re in pole position for the Big Reset 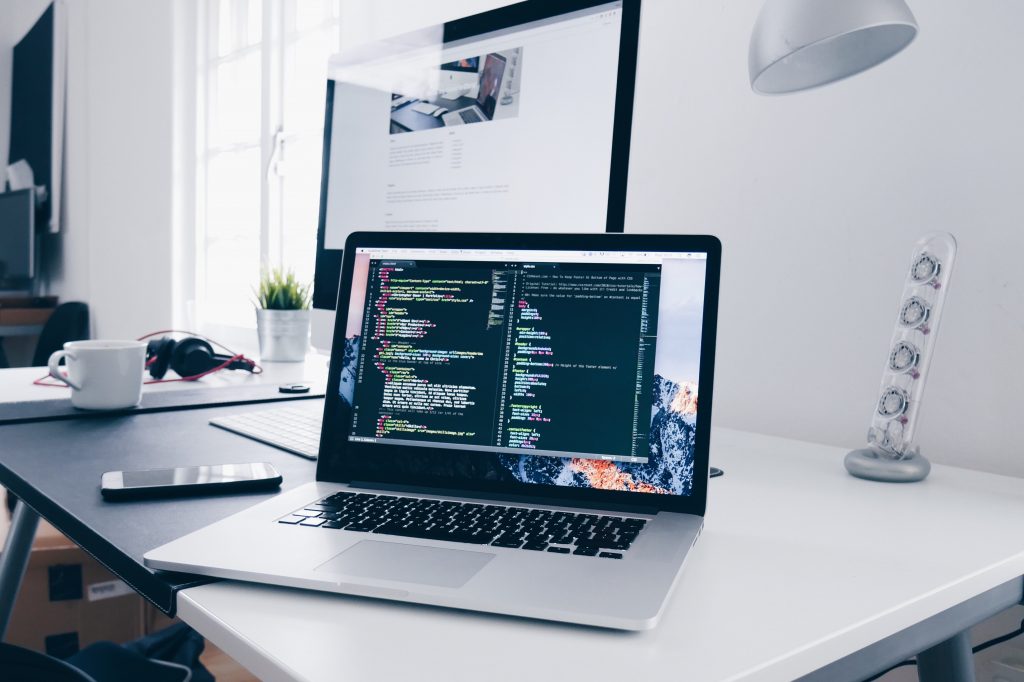 But thanks to brilliant scientists who worked their butts off in 2020, we now have several vaccines to get us out of this nightmare. And that really is the best news of all. Because while the government could (and should) do more to help citizens in the meantime, our future can only really begin once we leave lockdowns-on-loop behind and start to suss out what the “new normal” will look like.

One thing’s for sure: young people will be at the heart of that radical rebuild, and they’re hungry for change. Already we are seeing widespread calls to adjust public policy to reflect the enormous sacrifices made by younger citizens to protect mostly older people. And commentators like Ruth Sunderland point out that a power shift may well be underway, with the young “rich” in digital capabilities and in a position to create new roles, even new industries.

As she wrote today:

“Young entrepreneurs do not need large amounts of capital or expensive premises to set up digital businesses, just inspiration and a laptop. The future Microsofts and Amazons are germinating now, during the lockdown. The economy that emerges from the rubble left by Covid-19 will be very different – and it is the youngsters who come of age in Generation Pandemic that will lead the way.”

Too true. In the meantime, we have no choice but to take things one day at a time, and start getting on top of our long-term finances once for all, so we are ready for the big reset.

To that end, stay tuned to Young Money as we roll out our saving, pension and investment crash course ahead of the publication of OWN IT! How our generation can invest our way to a better future on March 16.